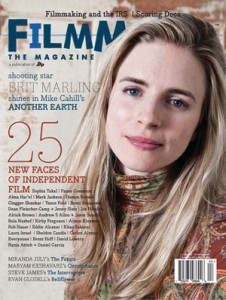 For this week’s choice for Person Of The Week, we focus on the plural and introduce Filmmaker Magazine’s choice for the 25 New Faces of Independent Film. For the past 14 years, the magazine’s editors have selected a group of emerging filmmakers who may not be known at the moment they were announced, but who generally went on to critical and audience success, Sundance Grand Prizes, and even Academy Awards. The list, which has become an annual rite of late summer in the indie film world, is also a snapshot and a reflection of the diversity of the current independent scene. As Scott McCauley, Filmmaker’s erstwhile editor, puts it on 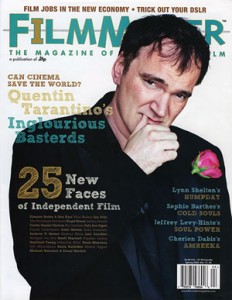 their website: “Each person here is a story, and the sum total of these tales speaks to the ways filmmakers are reinventing themselves as the media landscape changes. For many of this year’s picks, that reinvention is inextricably tied to the internet. These filmmakers are using internet distribution, social, and audience-engagement tools to leverage themselves in ways our first group could never have dreamed of.” So here are Filmmaker Magazine’s choices for 2011, with the short bios written by the editors themselves. Indies, carpe diem………