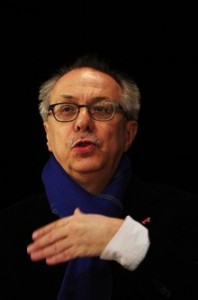 After first playing at Telluride, Toronto and Venice, Nomadland is now currently part of the New York Film Festival‘s Main Slate. That festival runs until October 11. The film is currently slated for a December 4 release from Searchlight Pictures. Nomadland (Chloé Zhao, 2020) 4 out of 4 stars. With her two previous features, The […]

The Artist’s Wife (Tom Dolby, 2020) 3½ out of 4 stars. The Artist’s Wife tells the story of Claire Smythson, the wife of famous and renowned painter Richard Smythson, as she witnesses her husband’s descent into dementia. All the while, she contemplates if it’s too late to create a breakout work of art under her […]