It is hard to believe that ten years have passed since “My Architect” (Nathaniel Kahn’s brilliant, touching film about his journey to learn about his absent biological father, noted architect Louis Kahn) walked away with the grand prize at this phenomenal film fest.  The doc went on to be nominated for an Academy Award in 2004-as had many of the films screened at SILVERDOCS.  Over those ten years, there have been 982 films shown-including 272 premiers.  Twenty-eight have been nominated for an Academy Award.   Considered to be one of the preeminent documentary festivals in the world, and the largest in the U.S.,  SILVERDOCS has continued to grow in stature since it’s inaugural in June 2003.

After receiving 2018 submissions, this years version presented 114 films from 44 countries in five closely located venues over seven days that assuredly whetted the appetite of ardent film lovers as well as the casual film goer who wanted to view the world in glorious intimate settings.

Highlights include a fabulous opening night film,  “Don’t Stop Believin’:  Everyman’s Journey”, followed by a lively after party at the recently opened concert venue, The Fillmore, across the street from the AFI Silver.  Providing the sounds were the D.C. 80’s cover band, The Reagan Years-fittingly carrying over the theme from the Opening Night film about the new front man for Journey.  Those lucky enough to be outside prior to the screening could have spotted Journey lead guitarist Neil Schon and his new squeeze, the infamous White House gate crasher, Michaele Salahi on the Red Carpet.  (Unfortunately, Neil had to take an unexpected flight out of D.C. and wasn’t around for the Q&A and party.)

The Annual Guggenheim Award went to two very talented and richly deserving recipients:  Joe Berlinger & Bruce Sinofsky whose “Paradise Lost” series brought national attention to the Memphis 3 murder case, and was instrumental in bringing about the eventual release of three innocent young men from an Arkansas prison after 18 years.  Appearing with the filmmakers at the annual symposium was one of the “Memphis 3”, Jason Baldwin, who was sixteen when he was falsely accused of participating in the murder of three Arkansas eight-year-old children in 1993.

Concluding the week was the rousing musical film “Big Easy Express”  which  documented the train excursion of three folk bands traveling from California to New Orleans with six concert stops along the way.  A wonderful wrap-up to this premier film festival that never seems to disappoint!

TOP 10 AT THE 10TH SILVERSDOCS 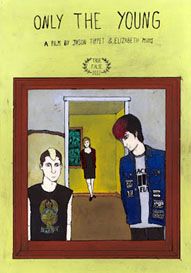 Winner of The Sterling Award for Best U.S. Feature, first time feature directors Jason Tippet and Elizabeth Mims spent a year and a half  in their hometown following three teens slacking in depressed Santa Clarita, California.  The simple narrative will harken back to our days as teens when life and decision-making seemed easier.  The geography in which they live is depressingly stark; however, the teens make due as best they can working menial jobs when not playing.  Skye and Garrison are platonic friends, and possibly a little bit more.  Tensions increase between Garrison and his longtime friend, Kevin when Kevin reveals that he and Skye shared a kissed.  Meanwhile, it is interesting how this event effects the camaraderie between the two males, who handle this situation in a surprisingly adult manner.  Filmed in reality style, we follow the three principals as they grope with their feelings about themselves and each other in a way that feels more like a narrative than a documentary.  With little parental guidance, amidst their skateboarding, video-game playing, and romantic relationships, we wonder what future these young souls will ultimately encounter-now and in the future.  Despite the somewhat depressing locale, the directors manage to paint an interesting visual portrait while adding an appropriate punk soundtrack to the mix.  A nice first feature from two filmmakers who deserve watching. 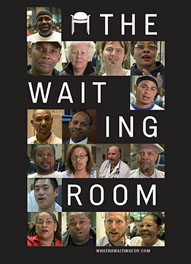 Receiving a Special U.S. Feature Jury Mention is director Peter Nicks’ “The Waiting Room”.  Who hasn’t visited a hospital ER and spent an interminable amount of time until you travel to your next destination?  Nicks turns his camera on such folks holed up in the waiting room at Highland Hospital in Oakland, CA and, without commentary, focuses on a number of patients and the staff that services them.   The public hospital is the major trauma center for the greater Oakland area and provides most of the non-emergency medical care to uninsured patients in Alameda County.  The numbers are staggering:  serving 250,000 insured and uninsured patients, it cares for 80,000 patients annually while providing and juggling only 236 beds. The doc focuses on several patients dealing with various issues and the oftentimes overworked staff that tries to satisfactorily resolve them.  Shot over a two month span in 2010, the film is a microcosm of our health care system as it clearly depicts, the tireless and thankless dedication of the hospital personnel who desperately work within the system to alleviate the pain, anguish, and frustration of their patients who sometimes have to wait up to 12 hours before being seen by a physician.  Simply presented, the doc is powerful and unyielding, and truly unforgettable.  The film begins a limited release on September 26. 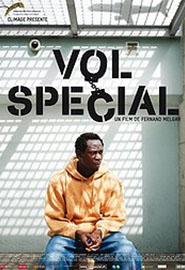 A Special World Jury Mention went to this extraordinary film shot in the cinema verite style reminiscent of the techniques utilized by great documentarians such as the Maysles Brothers and D.A. Pennebaker.  Director Fernand Melgar has carefully documented a group of some 25 illegal  immigrants from Africa and Eastern Europe detained in the Frambois detention center near Geneva   awaiting their fate.  Many of these individuals have been living in Switzerland for over 10 years-paying taxes and raising families.  After being found out, oftentimes in the most mundane manner (getting stopped for a traffic violation, for example), they must await the decision of the slow moving administration-which could take up to two years.  Being away from their family is only part of their ordeal as many of them know that returning to their “homes” could be certain death in the existing politically volatile climate from which they escaped.  One of the detainees is told at the start that there  are three possible ways they can leave:  outright release, agreeing to return to their birthplace, or via a “special flight”-which is never fully explained until the last reel.  Like a reality show from hell, Melgar follows these poor souls for months which allows us to personally connect with their plight.  Quietly powerful in its simplistic presentation (there is virtually no musical soundtrack), we come to feel their horror and helplessness-all the while questioning how this could happen in a supposedly democratic country.  “Special Flight” also won the Full Frame Grand Jury Award and the Center for Documentary Studies Filmmaker Award.  Truly unforgettable. 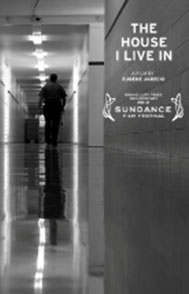 Co-winner of the inaugural React to Film Social Issues Award is director Eugene Jarecki’s (2006’s “Why We Fight”) expose on the U.S. “War on Drugs”-the term first coined by the Nixon Administration in the early 70’s.  The fact that we are losing that war is not a revelation.  What is a revelation is the reason why that war will probably never be won.  Jareki has superbly documented the affects this “war” has had in our country, costing $1 trillion over the 40 years of its existence.  And the eye-opening comparison this “war” has to pre-Germany holocaust conditions is just one of the many theories that are thoughtfully presented. The director began the project by investigating the effect that drugs had on his long-time housekeeper’s family after her son became the victim of drugs.  Over the course of three years, the director’s personal story took on a much broader meaning that will have you questioning the deeper motives of our government: Was this really a war on drugs or a war on the lower class? And is the government really trying to help drug users in the long run? Among the eye-opening interviews sprinkled throughout the doc are pointed comments by producer/writer David Simon (“The Wire”) who time after time puts all of the ideas in horrifying perspective. Winner of the documentary grand prize at Sundance, the film is being released theatrically later this year and will assuredly be in consideration for an Academy Award. 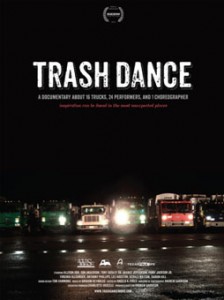 Winner of the Feature Audience Award is this spirited, entertaining, and inspirational account of choreographer Allison Orr’s idea to bring grace and beauty to a dance routine performed by a dozen Austin, Texas sanitation workers and their equipment-including 16 trucks.   Orr is artistic director of the Austin-based contemporary dance company Forklift Danceworks and is known for choreographing pieces for non-traditional performers such as dogs and their owners, firefighters, Italian waiters, and Elvis impersonators.  When she decided to try her luck using employees from the Austin Departing of Solid Waste Services, she was greeted with general disdain, hearing comments like “This lady’s crazy” and “How you gonna make a truck dance?  Trucks don’t dance!”  Undeterred, she set out on a year long journey to  convince some of the skeptics to go along with the program.  This included eight months of on-the -job research while getting to know the workers who agreed to participate.  Slowly, she, as well as the audience, come to realize that these public servants ooze tons of character, personalities, and, in some cases,  untapped talents.  Then, as the performance date nears, budget problems, extreme temperatures, and a torrential downpour threatens to sabotage the event.  Director Andrew Garrison capably follows the process from beginning to end which helps amplify the humanity of these workers who perform an unappreciated tireless thankless job in order to make ends meet.   The documentary also won the Audience Award at the Hotdocs Film Festival.