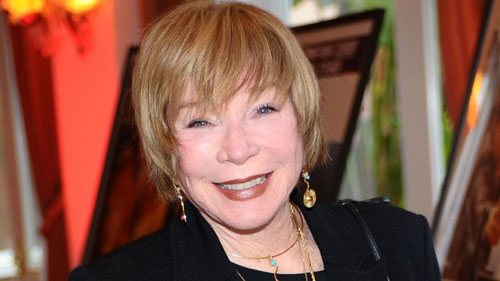 One of Hollywood’s great survivors, actress Shirley MacLaine, has been selected to receive the American Film Institute’s 40th Life Achievement Award, the AFI’s highest honor for a career in film. MacLaine, a dynamic 77, will receive her award at a gala tribute on June 7. TV Land will broadcast the tribute sometime later that month.

MacLaine has been a steady presence on the big screen for almost 60 years, having made her film debut in 1955 with the Alfred Hitchcock dark comedy THE TROUBLE WITH HARRY. She, has starred in more than 50 feature films, earned six Oscar nominations, winning the Best Actress prize for 1983’s TERMS OF ENDEARMENT. MacLaine earned her first Oscar nomination for the intense drama SOME CAME RUNNING (1958) and her second for director for Billy Wilder’s multi-Oscar winning satire THE APARTMENT (1960). She and Wilder reteamed for 1963’s IRMA LA DOUCE, where her performance as a Paris prostitute netted her another nomination. She was nominated once again in the New York ballet-set film THE TURNING POINT (1977) before finally winning for TERMS OF ENDEARMENT. MacLaine also was nominated for producer of the 1975 feature documentary on China, THE OTHER HALF OF THE SKY. 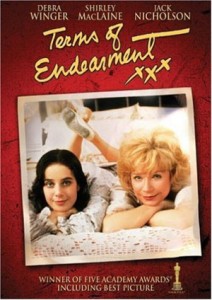 In her long career on both the big and small screen, she has received seven Golden Globes for her film and television work, including the Cecil B. DeMille Lifetime Achievement Award. A bestselling author with a penchant for works on spirituality and past life regression, her latest book, “I’m All Over That — and Other Confessions,” was published this year, and next month MacLaine will receive France’s highest cultural award, the Legion of Honor. She continues to work prodigiously, having been seen in the film VALENTINE’S DAY last year and in BERNIE to be released by year’s end.