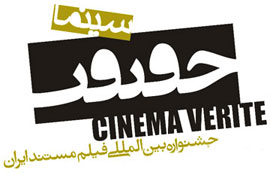 IDFA, the International Documentary Film Festival Amsterdam, the largest and most prestigious film event devoted to the non-fiction form, has taken the rare tack of advising international filmmakers to boycott a fellow documentary film festival. Iran’s Cinema Verité Festival is a government-sanctioned and officially sponsored documentary festival that showcases works from the Arab world and a select number of films from North America, Europe and Asia. Considering the severe restrictions that the government and its cultural agencies have placed on local filmmakers, and the recent imprisonment of local filmmakers/artists Mojtaba Mirtahmasb, Katayoun Shahabi and Mehran Zinatbakhsh (not to mention the recent jail sentences of important Iranian film artists Jafar Panahi and Mohammad Rasoulof), IDFA declared in a public statement that it feels that taking part in the festival is by extension an endorsement of the Iranian government and therefore is strongly opposed to the government-sanctioned event. IDFA went as far as asking international filmmakers who had been invited to screen their films at the Cinema Verité Festival seriously consider withdrawing their film and decline any invitation to attend.

It is unclear at press time how many international filmmakers heeded the advice and decided to boycott the event (which concluded this week), however Festival officials were concerned enough to have put the following letter on their own festival website (filled with the kind of legal-speak and name-calling that comes straight out of the office of propaganda):

First of all, please accept our best thanks for your humane concerns. We feel obliged to draw your attention to the following key points:

1)   Regarding some Iranian documentary filmmakers subject to legal prosecutions, please bear in mind that Iran is a country which gives special attention to cinema, and during the past years, Iran has attached special significance to documentary, short films and animations. You must know that after the Islamic Revolution, more than one hundred thousand cinema trainees have graduated, and we have more than one thousand documentary filmmakers; and among them only few have found the opportunity to make films. Obviously, it may happen that a documentarian violates the law and hence be subject to legal prosecutions. If the judicial system of your respective country offers legal immunity to its filmmakers we are interested to know about them so that we can arrange for enjoying the same guarantees in our country.

2)   We are interested to know why you have revoked your participation after the festival committee has issued its decisions. You may know that detaining a number of filmmakers is not enough of an excuse to withdraw your contribution to the event, while it is past fifty days since the release of the news and you have had enough time to reconsider and make your decision. However, immediately after the festival committee announced the selected films in the international section, we received some emails with almost identical discourse and excuse withdrawing participation in the festival. Unfortunately this unilateral action implies a political and non-cultural deed.

3)   According to professional ethics and festival regulations, films cannot be revoked after they have gone through the legal procedures and the results have been formally publicized in media. Withdrawing the films was only possible through mutual agreements prior to the release of catalogues and schedules.

4)   The festival is titled “CINEMA VERITE”; and documentary filmmakers chief concern should be to discover the truth. So if you are pursuer of the truth, you can attend the festival in the presence of such documentary makers and learn about their views and filmmaking experiences. By your presence, you can play a much greater role in revealing the truth and contribute to the global awakening, rather than unprofessional and unethical withdrawal, which is inevitably in line with the Zionists movement.

5)   It may have been said that you should not comply with a country that happens to disregard human rights, and we welcome such notions. But I wonder why, despite all the hideous crimes made by the US during its military occupation of Iraq and Afghanistan, and all the inhumanity that is going on in Guantanamo and Abu Ghraib, no clear initiatives seem to have been taken by you to boycott the Oscars and many other American film festival!

6)   We are well aware that such decisions have been made under pressure from the Zionist Lobby dominating most of Europe and America; because they are desperately seeking to divert public attention away from the economic crisis in Europe and the Wall Street Occupy movement in America; and it seems unlikely that you choose to support that 1% of the population. Therefore, if you still choose to withdraw your participation, your movie will be screened in the non-competitive section of the festival, which will put you among the very 99% of the population.