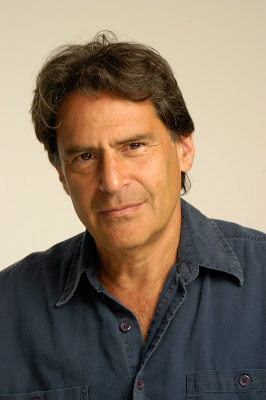 Park City, UT – IFC Films and Sony Pictures Worldwide Acquisitions (SPWA) announced from the 2011 Sundance Film Festival that the companies are partnering to acquire North American rights to George Ratliff’s SALVATION BOULEVARD, which premiered this week in the festival’s Premieres section. The film, with a screenplay by Ratliff (whose previous films include Hell House and Joshua) and Doug Max Stone, based on the novel by Larry Beinhart, stars Pierce Brosnan, Jennifer Connelly, Ed Harris, Greg Kinnear, Jim Gaffigan and Marisa Tomei. The film, a Mandalay Vision production of a Mandalay Pictures film, was produced by Cathy Schulman, Celine Rattray and Peter Fruchtman, and will be released theatrically via IFC Films.

In the film, Pastor Dan (Brosnan) is a charismatic preacher who has captivated a city with his charm. Ex-deadhead and recovering hippie Carl (Kinnear) is one of the loyal sheep in his flock. When Dan finds himself in a compromising situation, Carl is called into service in a most unconventional way. The megachurch is cast into shadow, and a hellish storm begins brewing that could jeopardize its entire existence. The road to hell—in this case, SALVATION BOULEVARD—is paved with good intentions—gone hysterically wrong.

Ratliff grew up in Amarillo, Texas, and went to film school at the University of Texas in Austin. His first feature film, Plutonium Circus (1995), a documentary about the extremely secretive Pantex Nuclear Weapons Plant in Amarillo, won the award for best feature documentary at the SXSW Film Festival and started his career. His next documentary, Hell House (2001), tracked a megachurch’s annual Halloween ritual of staging a haunted house to scare kids into Christianity. His thriller Joshua screened at the 2007 Sundance Film Festival and was released through Fox Searchlight. Ratliff lives with his wife and three sons in Santa Monica.

Focusing primarily on films exhibiting innovative storytelling with auteur directors and premier talent, Mandalay Vision’s debut release THE KIDS ARE ALL RIGHT, the 2010 Sundance Film Festival darling directed by Lisa Cholodenko and starring Julianne Moore, Annette Bening and Mark Ruffalo, is one of the year’s most successful independently produced and financed film. The film is currently receiving awards accolades from around the country, a Producers Guild nomination for best picture, a Writers Guild nomination for best screenplay, two Golden Globe Award wins including Best Picture-Musical or Comedy and Best Actress-Musical or Comedy (Annette Bening), and four Oscar nominations (Best picture, best original screenplay, best actress and best supporting actor). Upcoming releases include SOUL SURFER, starring Dennis Quaid, Helen Hunt, Carrie Underwood and Anna Sophia Robb, which is the true story of competitive teen surfer Bethany Hamilton, who lost her arm in a shark attack and courageously overcame all odds to become a champion again. SOUL SURFER will be released by Tri-Star in April, 2011; THE WHISTLEBLOWER, a drama directed by Larysa Kondracki and starring Rachel Weisz, Vanessa Redgrave and David Strathairn, which debuted at Toronto Film Festival and sold to Samuel Goldwyn, who will release the picture in August 2011; VANISHING ON 7TH STREET, an apocalyptic thriller directed by Brad Anderson, starring Hayden Christensen, Thandie Newton and John Leguizamo which was financed by Herrick Entertainment, also debuted at the Toronto Film Festival where it sold to Magnet.