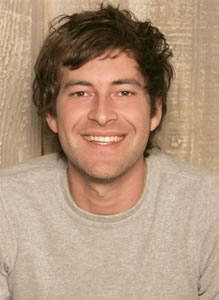 The brothers Jay and Mark Duplass are independent filmmakers who are breaking out of micro-budget filmmaking into the mainstream. They have been associated with a branch of DIY (Do It Yourself) filmmaking named “mumblecore” by a sound recordist. The roots of “mumblecore” are often attributed to filmmakers such as John Cassavetes, Richard Linklater, and Andrew Bujalski and are characterised by the use of low- end professional equipment, realistic settings and naturalistic performances and dialogue.

Mark and Jay have gained a cult following with films such as THE PUFFY CHAIR(2005) and BAGHEAD(2008). Their most recent film garnering mainstream attention is called CYRUS(2010) and features “A-List” actors such as Jonah Hill and Marisa Tomei.

Writer/director Mark Duplass shared his thoughts with me on his latest work and what follows is our conversation.

Q: You went to film school at The University of Texas at Austin?

MD: Yes, my brother Jay and I went to film school there.

We were there at a time when Richard Linklater was a big inspiration to everyone. My brother and I would go see “Slacker” as a Midnight screening. It definitely felt to us that personal films about normal people dealing with normal shit made on a low budget could prove interesting. That is something that definitely stuck with us. Our style was based on the material at our disposal with very little money and a Panasonic DVX100 camera that could shot 24 frames cheaply. We are pragmatic, cheap people and we’ve always been that way!

Q: Are your films based on budget or characters?

It just so happens that we are interested in character- based films to shoot.

The early films we made had that DIY aesthetic because it was what we could afford, but now that we are making bigger budget films we find that there are many elements of our style that we want to keep intact. We like our hand- held cameras because they facilitate the lack of blocking that we allow our actors. It allows us to bring the camera to the actors rather than vice versa. You get a less self conscious performance doing that. We still light 360 degrees (which is a low budget aesthetic) so we don’t have to break things up and have the actors wait in a trailer so we can light the other side. We like to keep our crews as small as possible so we can achieve intimacy. While we have to have a certain amount of people on the set of the bigger movies now we hand pick everybody and we make sure everybody is nice and fun! Our sets are closed and limited to Jay on one camera, another cameraman and maybe a boom operator and that’s it.

Q: You didn’t shoot Cyrus with a Panasonic DVX200 did you?

No we shot that with the RED CAMERA-that’s our favorite camera.

Q: What about SCARLET?

We have yet to see SCARLET in action and we’re interested in it, but as for right now we are using a high-end digital format that shoots great looking stuff that transfers to 35MM and THE RED CAMERA is the one for us!

Q: You’ve moved up rather quickly from PUFFY CHAIR to BAGHEAD and now CYRUS. How has working with “A- List” talent changed you?

We were not concerned, at first, about working with “A- List but then we thought about it. Our previous films we’re good because the actors felt anonymous like your next store neighbors and now we are going to bring in stars that have “baggage”and that destroys anonymity Ultimately, that did not turn into much of an issue and lastly we were concerned with whether we could maintain the camaraderie we had in the past. Our film sets have always felt like camp with the “we’re all in it together” vibe. Within 25 seconds(and I’m not exaggerating) we knew immediately with John {Reilly} Jonah {Hill} Marisa {Tomei} and Catherine {Keener} that they’re all here because they loved THE PUFFY CHAIR and BAGHEAD and they want to make one of those kind of movies. They came to work with us because they had an intrinsic understanding of our ethic. It was a lot easier than we anticipated. It was a melding of stars of “A-list” actors with our little micro-budget world of making movies.

Q: Did you help write THE FREEBIE directed by your wife/actress Katie Aselton?

No. That was her scripting and she and I put up the money for the movie. I was part of the process when she needed advice or help on certain things. We have a two and a half year old daughter so I was on baby patrol during a lot of the shooting.

Q: Will FREEBIE get distribution?

Yes. A company called Phase 4 out of Toronto picked it up. It will get a limited theatrical release and then DVD and TV after that. It is a platformed release similar to what we did with THE PUFFY CHAIR where we went into 40 cities and spent less than $100k on P&A (prints and advertising). We did all the press over the phone for PUFFY rather than flying all over the place. Phase 4 is a smart company that knows how to spend money wisely-it’s a cool deal and we are all kind of in it together.

Q: Do you still associate your work with the term “mumblecore”?

“Mumblecore” was important at the time as it was bringing attention to 10k movies that needed to be noticed. If you use the term to relate to all micro-budget cinema it gets a little diluted.

Q: Other terminology for the type of films you make include “Baghead Cinema” and “Slackavetes”. Do you dislike these as well?

Slackavetes is an interesting term and more aptly describes the way Jay and I make movies. We don’t name movements. We are just a bunch of dudes who set out to make good movies whether they are 10k movies or 10 million dollar movies. At this point in our careers we are trying to do everything.

Q: What is your latest project?

JEFF WHO LIVES AT HOME was wrapped about 7 weeks ago and we are just digging in right now with a release planned sometime around the middle of next year.

Q: What actors are in JEFF WHO LIVES AT HOME?

Q: Is there another project in the works?

It looks like TABLE 19 has a good chance of getting made next , but we are knee- deep in JEFF WHO LIVES AT HOME right now.

RG: Thanks for taking the time to update us all on your projects and working methodology!