The ERA New Horizons International Film Festival, taking place this week in Wroclaw, Poland is shining the spotlight on contemporary Swedish cinema in the program Kino Szwecji: Cinema of Sweden, which is introducing Polish audiences to a new generation of film talents. 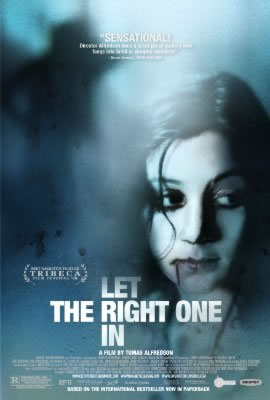 “Darling” is a survey of the empty consumerist lives of a group of young women in contemporary Stockholm, that won the Nordic Film Prize at the Goteborg Film Festival for its writer/director/cinematographer Johan King. In “Fishy”, director Maria Blom, one such Stockholm go-getter temporarily moves to a sleepy fishing village, and unexpectedly finds the true meaning of life and love. “Guidance” by writer/director Johan Jonason is the complex story of two men who are locked in a deadly dance of emotional and psychological violence. In “Heaven’s Heart” by Simon Staho, more traditional marriage is skewered in a story of two couples whose relationships unravel.

Swedish films have been big winners at international film events. “Involuntary”, the feature debut of Ruben Östlund which uses a static camera to record the lives of several Stockholm types, won the Critics Prize at the Miami Film Festival and the Golden Iris at the Brussels European Film Festival. The coming-of-age film “King of Ping Pong” by Jens Jonsson has won top prizes at the Athens, Chicago, Montreal and Sundance film festivals. “Let The Right One In”, a modish take on the vampire myth, has been a major international hit, winning the Best Film honor at the Tribeca Film Festival, as well as critics and festival prizes around the world. 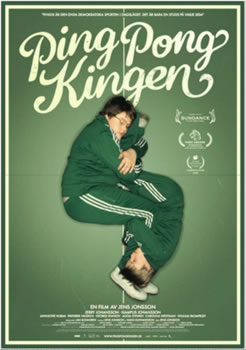 Portraits, both fictional and documentary, make up the remainder of the program. In the documentary “Mr. Governor”, Måns Månsson draws a portrait of a veteran politician whose private life does not always match his public persona. In the “The Girl”, director Fredrik Edfeldt offers a picture of a young girl abandoned by her parents. A clever international criminal is the subject of directors Åsa Blanck and Johan Palmgren’s “The Swindler”. “Long Distance Love” by the team of Magnus Gertten and Elin Jönsson comments on globalization in an acerbic story of a couple separated by economic circumstances. The Festival will also screen two series of Swedish short films, pointing to emerging directors who will continue the chain of Swedish cinema excellence.