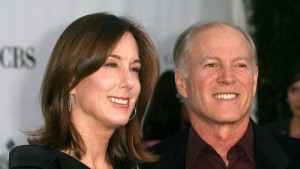 Film Review: “The Last Laugh” Fails to Execute on a Potentially Interesting Premise

The Last Laugh (Jeremy Berg, 2020) 1½ out of 4 stars. I’ve always been interested in films that combine two unrelated topics/genres into one plot. In fact, an exercise in a screenwriting class that I took in college involved taking the plots of two different films and combining them into one singular idea, in a […]

Black Boys (Sonia Lowman, 2020) 3½ out of 4 stars. In a documentary filled with moments of genuine heartbreak and tragedy, perhaps one of the most moving scenes involves a college student breaking down in tears as he explains how he feels when white women react in fear to his presence, simply because he is […]

Cuties (“Mignonnes”) (Maïmouna Doucouré, 2020) 3 out of 4 stars. Its dispiriting (and misleading) American movie trailer aside, the new French film Cuties, from first-time feature director Maïmouna Doucouré, provides a fascinating, complex and disturbing portrait of tween girlhood. The film showcases the genuine unease and identity confusion generated by a society that simultaneously sexualizes […]