If one took a survey of the word that was uttered the most times during the past few months of this grueling and never-ending awards season, it would be a single name “Harvey”. That name, sort of like Madonna, Prince or Elvis, is all that one needs to identify Harvey Weinstein, who has re-emerged as the awards king following the big Oscar, Independent Spirit and guild award wins for his films THE ARTIST, THE IRON LADY, MY WEEK WITH MARILYN and the documentary UNDEFEATED. This harkens back to the mid-1990s, when King Harvey reigned supreme at his legendary and revolutionary company Miramax, with wins by such films as PULP FICTION, THE ENGLISH PATIENT and SHAKESPEARE IN LOVE. He may have suffered the loss of his Miramax kingdom (which became a fiefdom of Disney and then slipped outside his grasp) and the lean years when his newly patented The Weinstein Company came into existence, but King Harvey is back with a vengeance, man, and his grizzled face as an awards king is one that will stick around for the foreseeable future. 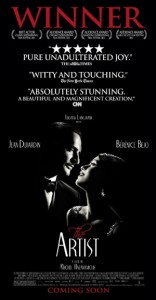 Not to take away anything from the merits of THE ARTIST, a film with oodles of charm, pathos and likeability, but this was a really unlikely awards winner when it got its first standing ovations at the Cannes Film Festival last May. The film was picked up by Weinstein almost a month before, but even he had to wonder if mainstream audiences and jaded critics would be wowed by a silent film that is not light on melodrama and that so conspicuously wears its heart on its sleeve. Critics being the cynics that they are could easily have savaged the film (as a few did) but King Harvey must have sensed that this was a film that had it all…..audience accessibility, true technical prowess, enchanting performances, wild-eyed commitment of its filmmakers and a clear valentine to the power and mystery of the movies itself. In retrospect, his bet that the film could go all the way seems prescient, but it certainly has done that, winning major awards in America, its native France, and even at last Saturday’s Independent Spirit Awards, where it grabbed major prizes for Best Film, Best Director, Best Actor and Best Cinematography and got instant American indie cred in the process. Can a film be hailed as being oh so French, oh so Hollywood and oh so American indie at the same time? In theory, no…..but that did not stop Harvey Weinstein and his crackerjack team from making THE ARTIST a chameleon to be appreciated by all sides at once. All this attention will of course raise the bar for the box office take for the film, which already is at $80 million worldwide and assured of much more loot in the weeks to come. 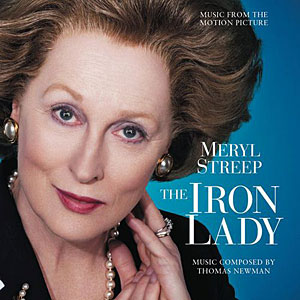 While THE ARTIST was the major juggernaut of King Harvey’s attention, he also was able to elevate films that received less than stellar reviews (and did not make it on to most critics top ten lists) into important films of the season. A WEEK WITH MARILYN did not win Oscars for its two nominees, Michelle Williams and Kenneth Branagh, but has emerged as one of the top indie grossers of the year ($25 million worldwide and still in wide release). THE IRON LADY, which won Meryl Streep her third Oscar (and made film history for a 30 year spread of wins since her last one in 1982 with SOPHIE’S CHOICE), was rather savaged by film critics who praised the performance but pitied the film, but will still goose the box office take of a film that has already taken in $60 million worldwide. W.E., the romantic pastiche directed by Madonna that has been almost universally panned by critics, did at least surface at both the Golden Globes and Oscars. And the Harvey magic even worked to elevate UNDEFEATED, a feel good sports film that did not have the love of the documentary community (the film did not appear at the International Documentary Awards or any major documentary film festivals) into another Oscar winner. The film’s inspirational message will now find a much wider audience as the Weinstein Company takes it into wider theatrical release. 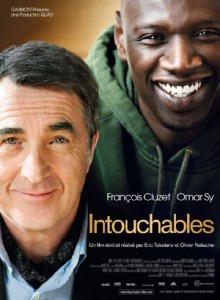 The big question is whether King Harvey will continue his awards alchemy success into the coming year. He is overseeing the release of such films as INTOUCHABLES, a French box office hit that won for its lead a Best Actor Cesar Award last week; BACHELORETTE, an adaptation of an off-Broadway satirical hit with a winning all female cast that was received with mixed reviews at its premiere at the Sundance Film Festival in January; LAY THE FAVORITE, the latest film from veteran director Stephen Frears about the Las Vegas betting world with an intriguing cast headed by Bruce Willis, Rebecca Hall and Catherine Zeta-Jones that also got little love at its Sundance premiere; THE MASTER, the newest film from Paul Thomas Anderson that takes a veiled look at L. Ron Hubbard, the founder/head priest of the Church of Scientology, with a stellar cast that includes Philip Seymour Hoffman, Amy Adams, Joaquin Phoenix and Laura Dern; THE WETTEST COUNTY, a Depression-era set gangster film set to star Gary Oldman, Jessica Chastain, Tom Hardy and Guy Pearce; COGAN’S TRADE, another mobster-oriented flick set in the world of underground gambling, with a high powered cast that boasts Brad Pitt, Ray Liotta, James Gandolfini and Sam Shepard; and the latest genre-bending phenomenon from Quentin Tarantino, the spaghetti western-tinged DJANGO UNCHAINED, with a cast that includes the likes of Leonardo Di Caprio, Samuel L. Jackson, Joseph Gordon-Levitt, Sacha Baron Cohen, Kurt Russell, Jamie Foxx and Christoph Waltz. These may be some of the titles leading next year’s awards season juggernaut, if King Harvey has something to say about it (and believe me, he will).