When cold weather descends on New York City, our local meterologists generally lay the blame at the door of our massive neighbor to the north. They refer to a cold air mass as a “Canadian front” and when it is in the forecast, be prepared for your bones to chill.

Well, another Canadian front is on the horizon, but this one is much more benign, in fact it is downright welcome. Canadian Front 2011 is the yearly showcase of new Canadian cinema that starts tomorrow at New York’s prestigious Museum of Modern Art. With a French Canadian film making the cut for this year’s Oscars (INCENDIES, set to open in a few weeks) the neo-New Wave romantic comedy HEARTBEATS by Xavier Dolan making waves at the box office and the gay-themed BEGINNERS by Mike Mills set to open the San Francisco International Film Festival next month, the timing is particularly exquisite. 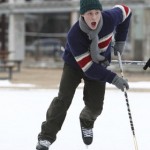 This year’s selection of eight films includes two musicals from Ontario: Michael McGowan’s SCORE: A Hockey Musical,an exuberant musical about the national obsession, that opened this year’s Toronto International Film Festival; and Ed Gass-Donnelly’s SMALL TOWN MURDER SONGS, a film noir investigating the murder of a woman in a small town that also had its world premiere in Toronto and has been a sleeper hit on the film festival circuit since September. Two nonfiction films tell of exceptional personalities whose fame is due not only to their talent but also to their exposure in the media. Japanese-Canadian academic, science broadcaster, and environmental activist David Suzuki gives an engrossing illustrated lecture in Sturla Gunnarsson’s documentary FORCE OF NATURE. In the highly spirited BEAUTIFUL DAY, director Jay Cheel offes an atypical portrait of an atypical personality, early cable access daredevil Cap’n Video, whose on-air shenanigans anticipated the JACKASS phenomenon. A charged drama that is drawn from today’s headlines is THE NEIGHBOR, a portrait of Iranian refugees adjusting to their new identities in Vancouver, which serves as the auspicious feature debut for Iranian-born Naghmeh Shirkhan. 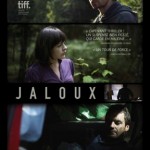 Cinema from Quebec has long been among Canada’s most prestigious exports, with its European influences and its worldly viewpoint. In the psychological thriller JALOUX (Jealousy), director Patrick Demers creates a Hitchcockian aura in the story of a bickering couple who decide to spend a therapeutic weekend at a remote cabin where a neighbor becomes a catalysist in their troubled relationship. Sophie Deraspe returns to the program with LES SIGNED VITAUX (Vital Signs), a morality tale about a student who volunteers at a palliative care center after he returns too late from college for the death of her beloved grandmother. In LA FILLE DE MONTREAL (A Montreal Girl), director Jeanne Crépeau offers a melancholy comedy about a girl’s love affair with her city, with a standout performance by Amelie Grenier.

Now that Spring has finally sprung, warm weather front from Canada is not an impossibility. For more information on the Canadian Front 2011 series, which runs from March 16 to 21, visit: http://www.moma.org/visit/calendar/films/1160#related_screenings