A real, honest-to-goodness movie star will grace the agonizingly chic borough of Brooklyn when screen goddess (and serious actress) Susan Sarandon is feted at the Brooklyn Academy of Music this coming weekend. Starting on Thursday and running through Sunday, the aptly titled The Susan Sarandon Picture Show (a hommage to Sarandon’s breakout role in the cult classic The Rocky Horror Picture Show) at BAMcinématek presents a 13-film salute to the movie star and committed social activist. 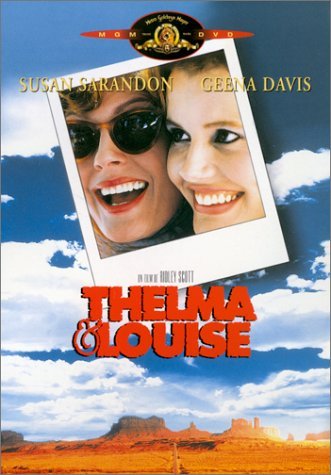 Winning her justly deserved Oscar for Dead Man Walking (directed by her then-companion Tim Robbins), la Sarandon has been nominated for the coveted award five times, whie also ratcheting up eight Golden Globe nominations, four Emmy nominations, and two BAFTA Award nominations. Her on-going career on both the big and small screen have made her one of the most prolific actresses of our time. Age has not diminished her seductive beauty or her evocative inner life on the screen. Clearly, she is the kind of actress who can transition to character roles appropriate to her age, while still keeping her sexual allure intact.

Among the celebrated titles being unspooled are her memorable role opposite Geena Davis in the grrrrrrllllll road movie, Thelma and Louise (celebrating its 20th anniversary with a spanking new restored print);  the gothic vampire classic The Hunger (including an erotic menage with Catherine Deneuve no less); her two collaborations with Louis Malle (Pretty Baby and Atlantic City); her uber-sexy role in the baseball comedy Bull Durham; her work in several low key auteur films (Light Sleeper, Romance and Cigarettes, Joe Gould’s Secret) and her role as one third of the star troika with Michelle Pfeiffer and Cher in the gloriously kitchy The Witches of Eastwick.

Sarandon (who makes 64 look awfully good) will be on hand for most of the screenings, and will be interviewed by some of her collaborator directors, including Paul Schrader and John Turturro, and other special guests. As one of our best and most provocative artists, she does not often get the recognition she deserves. Hollywood can be rather unforgiving for actresses of a certain age, but as this mini-retrospective makes clear, here is one supremely gifted actress who is adept at both high drama and low comedy, and whose best work may yet be ahead of her. For a full schedule, visit: www.bam.org