Gay cinema, a relatively new genre category, has mainly been focused on coming-out stories and outrageous comedies. Dramas that reflect the realities of gay life and the difficulties of maintaining relationships are not common, particularly those that do not fall easily upon a staple of gay clichés (e.g. drag queens are outrageous, lesbians are nurturing, gay men cannot commit). While rom-coms have remained a staple of Hollywood fare for decades, the gay film that is truly romantic and truly comedic is a rare breed. Stepping into this breech and garnering some of the best reviews of the season is WEEKEND, the second film from British indie director Andrew Haigh. 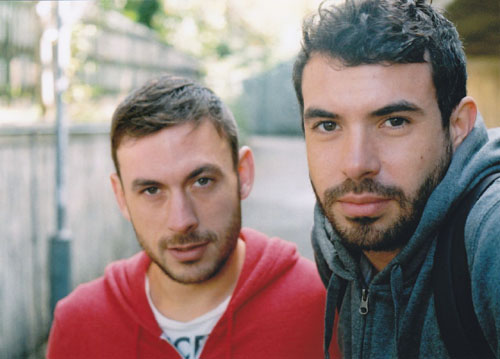 The film has been moving through the international film festival circuit, becoming a staple at gay and lesbian film events around the world. However, its boosters have long argued that this is more than just another gay film strictly targeted to the LGBT audience. The film had its world premiere at the SXSW Film Festival, where it won the Emerging Visions Audience Award. This was followed by a Grand Jury Prize and Best Actor Award at the Nashville Film Festival and the Grand Jury Prize at Outfest in Los Angeles. The film made its international premiere this past summer at the Karlovy Vary Film Festival in the Czech Republic and its New York premiere as the Opening Night Gala of the BAMCinemafest. The film is currently on screens in the United States via IFC’s specialty shingle Sundance Selects, with a UK release coming next month via Peccadillio Pictures.

The film strives for a kind of poetic realism as it boldly and honestly tells the story of a sexual encounter between two men living in Nottingham, England, and how their chemistry eventually becomes revealed following their first whiff of passion. On a Friday night after hanging out with his straight mates, Russell, a working class lifeguard, heads out to a nightclub. Just before closing time, he picks up Glen, an art student. And so begins a weekend – in bars and in bedrooms, getting drunk and taking drugs, telling stories and having sex – that will resonate throughout their lives. The film has been praised for its honest dialogue, its casual depiction of the drug-and-sex lifestyle of gay nightlife and its truthful exploration of sex, intimacy and love with tremendous emotional insight and artistic accomplishment .

“I wanted to tell an honest, intimate and authentic love story and to express that feeling of both fear and excitement that comes with the possibility of something new”, director Haigh remarked in the film’s press notes. “I wanted to watch these two guys slowly fall for one another, fall for each other’s differences almost as if they were uncovering missing pieces of themselves. I wanted to capture those moments that two people share when they truly start to engage with one another.” Haigh, as have other gay filmmakers before him, has resisted the pressure to offer a sanitized version of gay life that would not offend the straight masses. He pulls no punches on the casual drug-taking and the availability of sex without commitment. As with all great visual artists, the more specific he is, the more universal the story he is telling. “Obviously when dealing with two gay characters, many issues become especially pertinent and it was important to me that I tried to say something truthful about the complexities of the modern gay experience”, Haigh continued. “However, just as there are many ways to define a person, the same can be said of a film. I hope that rather than narrowing the resonance of the story, the gay context helps to amplify the themes felt at the heart of WEEKEND – those struggles we all face regardless of sexuality to find our place in the world.” In the end, what he has made is a film that transcends the specificity of its subjects…..a universal story where gays have something to teach the rest of us (now that’s modern).