AM AND SHAWN LEE SHOWCASE 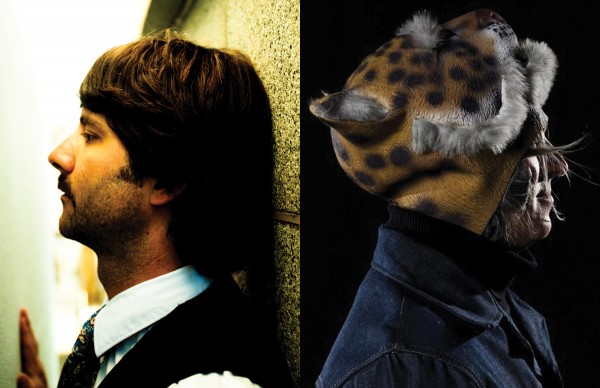 AM & Shawn Lee to debut new album at SXSW Showcase on
March 18th @ Rusty Spurs 405 E. 7th Street, Austin, TX at 3:30pm
and at The Ale House 310 East 6th Street, Austin, TX at 10pm.
LOS ANGELES –  Critically acclaimed indie pop artist AM and cinematic tune-smith Shawn Lee will debut their new “electronic-fused soul” music through an exclusive new full-band SXSW Preview showcase March 18 in Austin at the SxSW Music and Media Conference (10:00 p.m. The Ale House and 3:30 p.m. at D’Addario Swinghouse party at the Rusty Spurs.) The performance will be a sneak peek of a forthcoming album that marks the first-ever collaboration between Los Angeles-based AM and London-based Lee.
The collaboration between AM and Lee started after AM heard Lee’s Music and Rhythm album on Miles Perlich’s radio show on KJAZZ and then went online to buy his CD’s.  After reaching out to Lee on a social networking website, the two became quick friends, sharing a similar love for vintage grooves and ‘60s and ‘70s soundtrack music. The two decided to record together after AM played guitar on a few of Lee’s Ping Pong Orchestra shows (including KCRW’s “Morning Becomes Eclectic”) in the summer of 2010.
Lee, armed with a four-track and other vintage tape machines in his London studio, started sending AM drum and percussion beats in December. AM wrote and recorded songs over the grooves, adding guitars, Casio synths, vocals and occasional bass. Lee added more instrumentation such as bass, keys, guitars, glockenspiel and other assorted instruments. The two commented on each other’s work in real time on Facebook for fans to follow-along and documented the process through emails and videos. The LA to London co-production has resulted in a completely unique brand of electronic soul inspired by 60’s Italian Soundtracks and Turkish music and sci-fi and horror movie soundtracks.
The as-yet-unnamed album – the first-ever collaboration between LA-based AM and London-based Lee –is currently being finished up now and is currently being shopped to labels by Strategic Revolution Media Group.  One song “Dark Into Light” will be released on the Save the Music/ Record Store Day limited edition gold colored 12-inch single and CD on Ubiquity Records available April 16th, 2011 and the mp3 is currently being given away on AM’s website www.amsounds.com .
The first tracks from the new album blur the boundaries of soul, pop, electronic and tropical grooves with the international duo propelling each other into their best work yet. On “Dark into Light” AM’s honeyed vocals ride a driving percussion section straight into walls of shimmering guitars and glassy keyboards pulling elements as disparate as Gary Numan, Jorge Ben, and Fourtet into 3:54 of perfect future pop.
AM combines several musical styles including pop, soul and R&B, tropicalia, British Invasion and ’60s psychedelia. His album Future Sons & Daughters was named in the Top 100 albums of 2010 by Rough Trade, given a four-star**** rating by Q Magazine and a five***** out of five-star rating by U.K. Sunday Express as “one of the great pop albums of the year.”
Lee, who also records as Shawn Lee’s Ping Pong Orchestra, is well known as an innovative instrumentalist and producer whose music spans funk, soul, world, and electronic made for album release as well as for soundtracks to movies and video games. Lee’s Strings and Things was described by music critic site Allmusic.com as is “a hotbed of mischievous imagination, intense focus, and crazy mad technique, as well as loads of fun.” Lee has also collaborated with artists ranging from Jeff Buckley, Chinese harpist Bei Bei, NYC-based MC Princess Superstar, Tommy Guerrero, Money Mark and Clutchy Hopkins. The new movie “Elevate” featuring his score will showcase at this years SXSW Film Showcase in March.
The new music occurs amid a busy period of touring and recording for both AM and Lee. AM spent 2010 on the road opening for AIR, Caetano Veloso and Charlotte Gainsbourg while Lee played Bonnaroo and toured the U.S. West Coast. Their recording will build off a music portfolio that has appeared in more than 200 movies and television shows, with AM’s music appearing in shows like Big Love, Royal Pains, Teen Mom, Brothers & Sisters, and Friday Night Lights and Lee’s in commercials for BMW and Jaguar, movies like Oceans 13, and TV shows including Desperate Housewives, Nip/Tuck and Lost.
AM’s music and more about this album collaboration can be explored on his website www.amsounds.com, Facebook www.facebook.com/am, MySpace www.myspace.com/amsounds, Twitter www.twitter.com/amsounds and YouTube www.youtube.com/amsounds.
For More info about this project contact: Strategic Revolution Media Group mia@stratrev.com