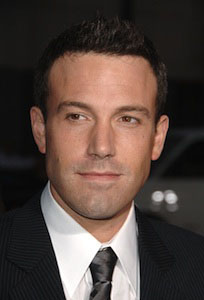 Actor/director Ben Affleck is attached to produce, star in and direct LINE OF SIGHT, a thriller now in development at Warner Brothers. It will be the first film that Affleck will work on after ARGO, which he is also directing and starring in, which begins production this month, also for Warner Brothers. LINE OF SIGHT  is a political thriller about squad of commandos who transport cargo while trying to stop an anti-government uprising. The film is drawing some heavy interest, with Joel Silver and Andrew Rona on board to produce. The film was sold by writer F. Scott Frazier as a spec script last February. Affleck is increasingly in demand as a director. His 2010 policier THE TOWN, which had a modest budget of under $40 million, grossed over $150 million worldwide. The actor/director, who shared a Best Screenplay Oscar with his pal Matt Damon in 1994 for GOOD WILL HUNTING, has had a rare career renaissance in the past few years, after a bumpy period where his films underperformed and when he was best known for his relationship with Jennifer Lopez (the infamous “Bennifer” period). Now married to actress Jennifer Garner, he has been developing into a fine director, with his critically acclaimed debut GONE, BABY GONE and last year’s THE TOWN.