Brooklyn…..get ready for some true glamour. Catherine Deneuve, the grande dame of French cinema will receive a career retrospective starting on Friday, March 4 at the BAMcinématek, Brooklyn’s leading art house cinema. In the month-long tribute, 25 films from the great actress’ varied career over five decades will be showcased. The program is co-presented by Unifrance,  in collaboration with Music Box Films, the Cultural Services of the French Embassy, and Institut Français. BAMcinématek is the first presenter on this national tour—with all films projected in 35mm—which will take the retrospective to Los Angeles, ; Pleasantville, NY; Chicago; Boston; Seattle; San Francisco; and Portland, Oregon; with other cities yet to be announced. 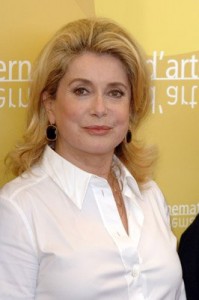 Deneuve, one of cinema’s great beauties, is also an actress of remarkable range. She has starred in a mix of edgy dramas, frothy musicals, out-and-out comedies and historical epics. In many ways, her career reflects the obsessions and interests of French cinema itself, one of the only film industries that has weathered competition from the Hollywood studio system and refuses to retreat. Early in her career, she was the not so discreet object of desire in such landmark films as BELLE DE JOUR, THE UMBRELLAS OF CHERBOURG, REPULSION and TRISTANA. As she matured, in that manner of French beauties whose allure only grows with age, she became emblematic of a particular kind of French woman….seductive, sensuous, aware of her power, yet with a core of vulnerability that must be masked by a cool, impassive exterior.

BAMcinématek welcomes Deneuve herself, who will appear in person on Friday evening for a Q&A with cult director François Ozon following the Brooklyn premiere of his newest comedy, POTCHE (2011), screening as part of Rendez-Vous with French Cinema, a review of contemporary French cinema that also begins this weekend at the Film Society of Lincoln Center in Manhattan. On the same night, Deneuve will appear for a screening of Roman Polanski’s psycho-sexual classic REPULSION (1965), one of her best known and most appreciated films. 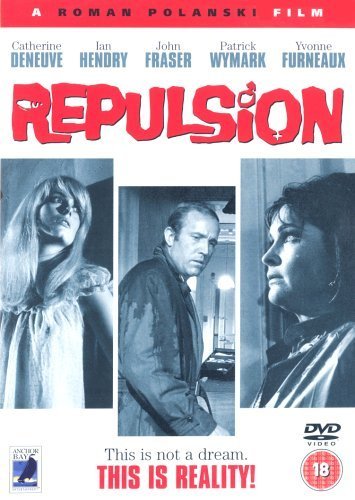 The program features a garden of delights from the actress’ oeuvre. From her international breakthrough in THE UMBRELLAS OF CHERBOURG (1964), a through-sung tale of love lost with music by Michel Legrand, to her matriarchal turn in the family drama A CHRISTMAS TALE (2008), the length and breadth of her career is nothing short of inspiring. Everyone has their favorite Deneuve film, so one has the choice over the next few weeks to savor her riveting performances in such classics as BELLE DE JOUR (1967), THE YOUNG GIRLS OF ROCHEFORT (1967), LA CHAMADE (1968), TRISTANA (1970), DONKEY SKIN and LIZA (1972), in which she stars opposite the equally beauteous Marcello Mastroianni. 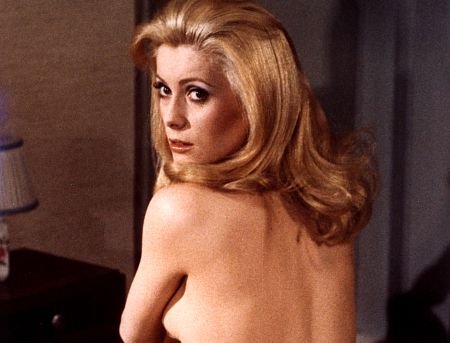 Films from her later career demonstrate what a durable actress she is and how she transcended her looks to find the core motivations and neuroses of her characters. In Francois Truffaut’s THE LAST METRO (1980), she is glamour personified in a role of a wife hiding her Jewish husband in occupied Paris. One of her frequent collaborators of late has been the iconoclastic director André Téchiné, whose emotionally complex chamber pieces have yielded some of Deneuve’s most critically acclaimed roles, including her turns in such films as SCENE OF THE CRIME (1986), MY FAVORITE SEASON (1993) and CHANGING TIMES (2004). Recently, she has worked with such individualistic directors as Francois Ozon and Lars Von Trier in a career that keeps evolving and expanding.

For a complete list of the films to be screened, visit: http://www.bam.org/view.aspx?pid=2960