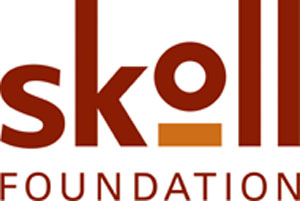 On Tuesday here in Park City, the Sundance Institute Documentary Film Program and the Skoll Foundation co-sponsored a panel celebrating stories of change. The panel celebrated the fifth anniversary of the Stories of Change: Social Entrepreneurship in Focus Through Documentary initiative, dedicated to exploring film’s role in advancing knowledge about social entrepreneurship. Held at the Egyptian Theater on Main Street, the special event was moderated by Skoll Foundation President and CEO Sally Osberg, who led a thought-provoking dialogue between award-winning filmmakers (including clips from their work) and innovators who have impacting millions. Panelists include Joia Mukherjee (Partners in Health), Jehane Noujaim (Director, CONTROL ROOM), Bunker Roy (Founder, Barefoot College) and Kief Davidson (Director, THE DEVIL’S MINER).

Also at the Festival, the Documentary Film Program and the Skoll Foundation hosted Stories of Change Convening, a series of private workshops focused on storytelling strategies as well as nightly networking events, film screenings and panels that create a framework for defining entrepreneurs’ unique personal and organizational stories. A select group of Skoll Foundation-awarded social entrepreneurs and filmmakers participated. Since 2007, Stories of Change has supported nearly 100 filmmakers and social entrepreneurs through a strategic combination of high-level, invited gatherings and documentary film project funding. The partnership has also made possible the production of ten new, feature-length independent documentary films that reframe and amplify social entrepreneurship. “It is a gift not only to put the work in, but also get the word out,” said Sally Osberg, CEO of the Skoll Foundation. “We believe in the power of social entrepreneurs to find innovative ways to solve the planet’s most daunting problems – and then, ingenious ways to spread the message that change is not just possible, it is essential.”