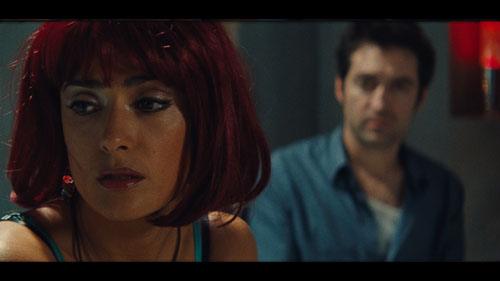 For France, much more so than any other country, film making is an established art form and an integral part of French culture. Public financial support for film making and distribution in foreign territories is considered an important tool of foreign cultural policies. French cinema represents France. This perception is also reflected at the box office with indigenous films having a much higher share of the domestic box office than other countries and a larger proportion of the French going to the movies compared to other European countries.

The last 12 month have been an outstanding  period  for  France, Europe’s biggest film producer and market,  offering quality films with a broadened appeal.  About 21 percent of the films released in 2011 in France were domestic productions with US imports having a 46% share. But French made films accounted for 42% of the total 2011 box office, an unparalleled achievement, keeping in mind that in most European countries there are only single digit box office shares of local productions.  In addition to the commercial success France scored  very well in the Oscar competition gaining  five Oscars and three golden globes for THE ARTIST and two more Oscars  and two golden globes for films shot with subsidies in France, HUGO and MIDNIGHT IN PARIS which certainly will help  in international distribution. THE ARTIST also received six Cesars, the French Oscars.

One principle reason for greater market penetration has been the extraordinary domestic and international success of THE INTOUCHABLES by Olivier Nakache and Eric Toledano. To date this production is with $240 million box office revenues the second most profitable French film and has been voted by the French as the cultural event of 2011. It is noteworthy that in Germany the film remained this year  for ten  weeks the most popular film  selling  more tickets that  the highest 2011  box office  hit HARRY POTTER  AND THE DEATHLY HALLOWS– PART 2.

Covering the spread of most genres, French films are distributed in virtually all territories and market niches.  These films include cinema destined for art houses, sophisticated popular productions and movies produced with a Hollywood imprint.  Even though some critics have complained that recent French films are influenced by a certain Hollywood imprint, this has assured international distribution of French films and affirms France’s position as the second largest exporter of films.  In that marketing context it is relevant that traditional small theatres which used to screen independent productions and foreign art films are fading away.  According to one estimate about 1000 of these theatres in the United States will   close since they cannot afford to convert to digital projection.

A crucial contribution to the success of French films is provided by Unifrance, a publicly funded association established in 1949 which promotes French cinema in international markets. Extensive research tracks market developments in fifty countries and Unifrance provides essential marketing and distribution data to its French members. Unifrance covers theatrical, television and other platforms, promotes French films in the 60 most important international film festivals, takes part in key film markets and sponsors 80 film festivals devoted to French films.  It speaks for the success of Unifrance that it helped to sustain France’s role as the second largest exporter of films, including, according to Unifrance data, foreign distribution of 2/3 of   all French productions, generating in 2011 350 million Euros ($461 million) from these markets and scoring revenues of 125 million Euros ($165 million) in Canada and the United States alone.. No other country provides such elaborate and sophisticated support system to the foreign distribution of its films.

Unfrance is also the principal backer of the influential Rendez Vous with French Cinema organized each year with the Film Society of Lincoln Center in New York City. In its 17th edition the program screenings expanded to 2 venues at the Film Society of Lincoln Center, the IFC and the Brooklyn based BAMcinematek. The Rendez Vous presented from March 1 – 12, 24 new feature films, the newly restored version of   the classic Marcel Carne 1945 film CHILDREN OF PARADISE (Les Enfants du Paradis) and shorts as well as documentaries.  THE INTOUCHABLES an emotional yet most attractive universally themed film about the friendship and bonding between a handicapped French millionaire and his African caretaker opened the Rendez Vous. CHILDREN OF PARADISE served as the centerpiece of the program and DELICACY (La Delicatesse) by David and Stephanie Foenkinos was screened during closing night. DELICACY presented the story of a sophisticated beautiful corporate executive falling in love with an authentic yet unpolished subordinate several years after the death of her intellectual husband. She rejects advances by her suave and attractive boss and falls for someone far below her social standing which makes this film an appealing fairy tale for adults. The opening and closing films had excellent acting, story lines and settings, rendering easy access to the viewer with promising box office prospect. The films have upbeat orientation close to the feel good tales audience love, yet it is difficult to see them play for the art house audience.

A well crafted entertainment element also held for some other productions such as AMERICANO by Mathieu Demy a semi-biographical film set in Paris, Los Angeles and the Mexican border town Tijuana.  Mathieu Demy also plays the lead character who seems to be obsessed by his memories, thus tries to reconstruct his past and understand his childhood deprivations, having being abandoned by his mother. Since Demy’s parents are the famed directors Jacques Demy and Agnes Varda the film is set in the context of this background, actually using footage from Varda’s 1981 film DOCUMENTEUR.  Other films were more demanding and provided new insights to the spectator. THE SCREEN ILLUSION by Mathieu Almaric is a complex and innovative adaptation of Pierre Corneille’s 17th century play L’IIlusion Comique, now set in contemporary Paris. The film uses Corneille’s narration with alexandrine couplets and employs actors from the Comedie Francaise.  It follows a father’s search of his long lost son with the help of a wizard who works as the concierge of a luxury hotel. The wizard lives in a cave under the hotel and can see past, present and future through the security cameras of the hotel. This film will do well in the art house circuit and appeal to francophiles in educational and other settings.  FREE MEN (Les Hommes Libres) by  Ismael Ferroukhi is set in 1942 in German-occupied Paris and broadens the view of  the resistance in France to include Muslims engaging in armed struggle and saving Jews from execution, actions in part motivated by  the desire for a free Algeria. Rabah Ameur- Zaimeche follows a similar theme, the aspiration for freedom; in his thought provoking film SMUGGLERS’ SONGS (Les Chants De Mandarin) a convincing production set in the country side of pre-revolutionary France. The film reflects the growing struggle against oppression as represented by a band of smugglers who print and distribute the songs of Mandarin to sympathetic villagers. Louis Mandarin was a popular Robin Hood folk hero leading armed resistance against hated tax collectors and was eventually   caught and killed.

Evidently, the quality of these films as reflected in creative scripts, accurate settings, quality acting, excellent photography, and directorial contribution sets the condition for the success of French cinema films. Yet Unifrance deserves credit for maintaining preserving and expanding the international market for these films. All in all, it looks like French film has an even brighter future ahead of it.