Kathryn Bigelow may have broken through the glass ceiling with her historic Best Director Oscar win last year for THE HURT LOCKER, but the door was not pushed wide open for women directors in the American film industry. Despite strong work by such American indie stalwarts as Lisa Cholodenko (THE KIDS ARE ALL RIGHT) and Nicole Holofcener (PLEASE GIVE), and the emergence of a number of debut directors (chief among them Debra Granik with WINTER’S BONE and Lena Dunham with TINY FURNITURE), women directors still must compete in a mostly male-dominated profession.

Luckily, the same is not the case in the French film industry, as evidenced by the strong representation of femme talents at this year’s Rendez-Vous With French Cinema, a showcase of contemporary French films co-presented by Unifrance and the Film Society of Lincoln Center. Not only do most of the films in the program feature strong stories about and peformances by women, the sheer number and diversity of works by women directors is eye-catching and enviable.

Coline Serreau, a still vibrant 63 years old, is the veteran of the group, having made films since the 1970s, most notably the Cesar Award winners 3 HOMMES ET UN COUFIN (1985), LA CRISE (1992) and CHAOS (2001). She is represented in this year’s showcase by THINK GLOBAL, ACT RURAL, a radical documentary manifesto that digs into  the problem of industrialized agriculture and queries a diverse group of citizens, from farmers to philosophers, on solutions and alternatives to our devouring of the earth’s precious natural resources. This is eco filming with a poetic twist by a filmmaker whose oeuvre has darted from sly comedies to intense dramas to probing documentaries.

Catherine Breillat relishes her reputation as a wild child of French cinema, a kind of twisted “female Tim Burton” whose unabashed feminism and disquieting cinematic exercises make her a cult favorite and, admittedly, an acquired taste. She is one of the few filmmakers in the world who burrow from cinema’s aesthetic past while adding contemporary twists that allow the classic tales to resonate with a new and slightly subervise air of knowingness. In her latest, an adaptation of THE SLEEPING BEAUTY, the psychological burden of a young girl’s curse to be asleep for 100 years, where her subconscious gives way to ravishing and disturbing dreams. The program, which continues through this Sunday at both the Walter Reade Theater (uptown) and the IFC Film Center (downtown), also charts a new generation of femme auteurs-in-the-making.

Brigitte Sy is an actress-turned-director whose sophomore effort FREE HANDS is based on a true story. A women filmmaker working on a neorealist project at a French prison crosses the line with one of the inmates and becomes involved in both his unrequited sexual hunger and his illicit drug dealing. Featuring a strong central performance by Israeli actress Ronit Elkabetz, the film explores both sexual obsession and the thin line between appropriate and inappropriate behavior in a highly charged setting. While questions remain in the narrative about accountability, the film proceeds to an open-ended coda where the on-going relationship between the two protagonists is far from resolved. 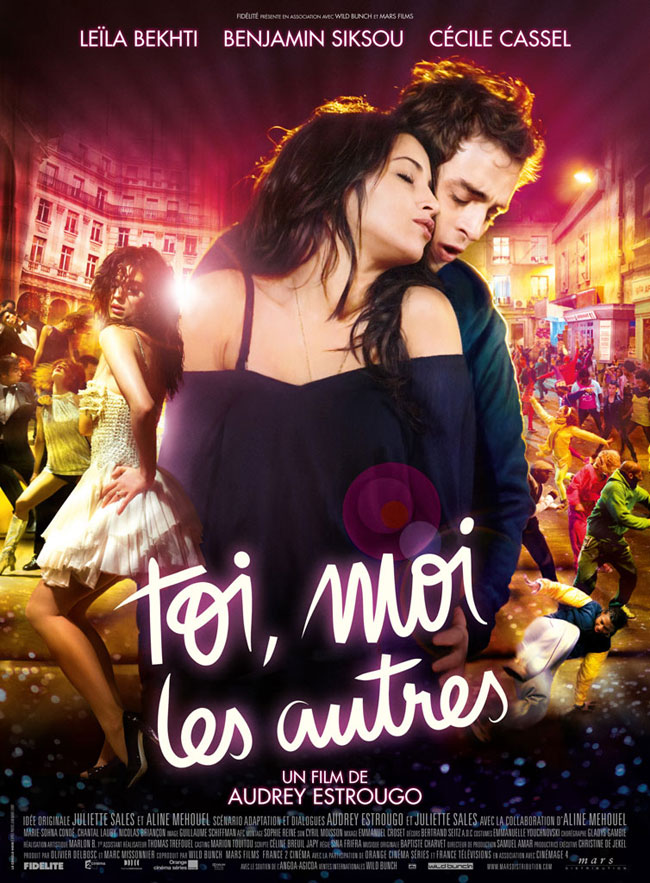 Described as a kind of French West Side Story, Audrey Estrougo’s LEILA (a rather bland Americanization of its original title TOI, MOI, LES AUTRES, meaning You, Me And The Others) unveils a musical love story about a pampered slacker and an amibitious Arab law student, set to French pop songs of the 1960s and 1970s. Using vivid colors and vibrant cinematography, the film is in the best tradition of other “through sung” musical classics such as THE UMBRELLAS OF CHERBOURG and THE GIRLS OF ROCHEFORT, but with a modern twist laced with class conflict and worldly pessimism. Up-and-coming actress Anais Demoustier gives a smart performance as a bored 20-something with gumption in director Isabelle’s Czajka noir-influenced LIVING ON LOVE ALONE. Needing to find an alternative to her dead-end job and less-than-glamourous life, she runs off with a guy (played by sexy Pio Marmai) and a gun in the classic road movie mold of barely controlled anarchy. Making an auspicious feature debut is Katell Quillevere, whose LOVE LIKE POISON was one of the standouts at last year’s Directors Fortnight/Cannes Film Festival. When a fourteen year old girl comes home from Catholic boarding school, her strict family is unprepared for her mysterious behavior. The film brings the contradictions of its coming-of-age story into deep focus, as the young woman struggles with the hypocrisy of her religious dogmatism and her sexual stirrings awakened by a less-than-innocent choir boy. The film is an adaptation of an original script that won for its fledgling writer/director the Jean Vigo Prize. 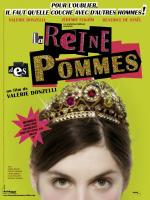 Triple threat Valerie Donzelli directs, writes and stars in THE QUEEN OF HEARTS, a French screwball comedy that hits all the expected notes of sexual romance and fulfillment. A hopeless romantic recently dumped by a long time boyfriend is now juggling the attention of three different suitors. Only in France could such sexual goings on be slapped with a G rating and a shrug of inevitablity by film censors. It seems the French never tire of “l’amour toujours l’amour” in all its guises and assume that one’s sexual and romantic fulfillment is a right not a privilege. It’s a woman’s world and we men are only visitors in it. For more information on the films presented in this year’s series, visit: www.rendezvouswithfrenchcinema.com or www.filmlinc.com