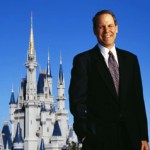 Michael Eisner, the former head of Disney, is now an independent producer. His company  Vuguru will release its first film DON’T ASK, DON’T TELL on September 20, the day the military’s policy on gay people in the armed services is set to expire. Marc Wolf wrote and stars in the movie, which tells the stories of 18 people who were affected by the “don’t ask, don’t tell” rule. It’s based on his Obie-winning Off Broadway play, “Another American: Asking and Telling.” The characters include U.S. Army Staff Sgt. Miriam Ben Shalom, who was dishonorably discharged after the Army learned she is gay, Navy officer Al Portes, who testified before a Congressional committee that he 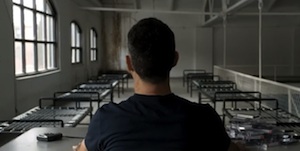 “will refuse to serve with gays in the military,” a mother whose son was killed by his squad because he was gay and others. Under the “don’t ask, don’t tell” policy, which Congress repealed this year, gay people could be members of the armed services as long as they weren’t openly gay and didn’t acknowledge their sexual orientation. However, if a soldier’s true sexuality was confirmed, they could be forced out of the service. The issue is re-emerging as a campaign year volleyball, with conservative Republicans looking to reinstate it. The film is directed by John C. Walsh and produced by Daryl Rother. Vuguru will release the film in a multi-platform distribution plan, which includes limited theatrical release, video on demand formats and availability via online streaming. The company plans to release 3-5 films per year.