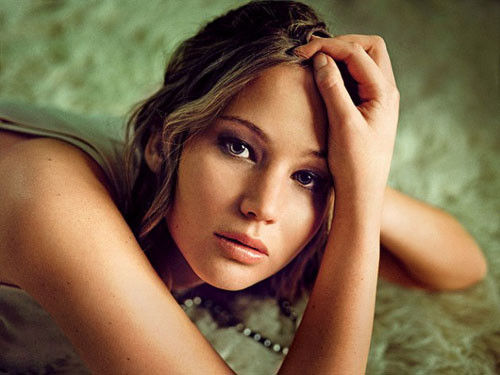 It has been a wild ride for the 21 year old actress Jennifer Lawrence. After receiving an Academy Award nomination for Best Actress at the tender age of 19, she is now poised for international superstardom as the action star of the widely anticipated big screen version of THE HUNGER GAMES, which opens in theaters today. Her indie career is about to explode as she headlines one of the biggest movie franchises of the year, a film that may do for her what HARRY POTTER did for the actor Daniel Radclyffe. In a short span of 3 years, she has moved from American indie queen to international action star at a pace that is both remarkable and rarified in the business. 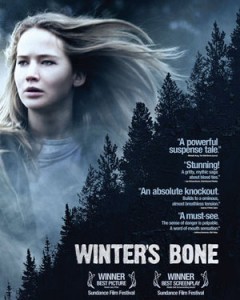 Lawrence was born and raised in Louisville, Kentucky along with two older brothers. Her first acting stints were in local church plays, but in a move amazingly bold for her years, at age 14, she decided to pursue an acting career, persuading her parents to take her to New York City to find a talent agent. Although she had no training or experience, she received high praise from the agency for which she auditioned. She graduated from high school two years early in order to begin a career in acting. Her early work was mainly on television. She was cast as the eldest daughter in the TBS comedy THE BILL ENGVALL SHOW, set in a Denver suburb and following the life of a family counselor whose own family could use a little dose of counseling themselves. The series went on the air in September 2007 and was canceled in 2009 after three seasons. During this time, Lawrence made appearances on other television series including THE DEVIL YOU KNOW, COLD CASE, MEDIUM and MONK.

She broke into big screen acting in 2008, in a small role in the indie film GARDEN PARTY, directed by Jason Freeland. The same year, she got strong notices for her role as a the yearning and troubled teenage daughter of an unstable mother played by Charlize Theron in THE BURNING PLAIN, the directorial debut of screenwriter Guillermo Arriaga. Her performance in the film earned her the Marcello Mastroianni Award for best young emerging actor/actress during the Venice Film Festival in 2008. She closed that busy year with another praised performance in THE POKER HOUSE, directed by Lori Petty, which had her starring opposite Selma Blair and Bokeem Woodbine. She was fast becoming one of indie cinema’s faster up-and-coming talents. Her next role pushed her over the top.

WINTER’S BONE, a rural drama set in the Ozark Mountains, made its debut at the 2010 Sundance Film Festival, and Jennifer Lawrence’s role as the teenager who confronts her extended family in order to save their home became a milestone. She looked, spoke and breathed the part of a young woman without much formal education, who relied on an inner steeliness to confront the ugly picture of familial betrayal and treachery. The film won the Grand Jury Prize at Sundance and became one of the biggest American indie hits in years. Despite high praise, it still came as a (pleasant) surprise when her name was announced on January 25, 2011 as one of the 5 actresses nominated for a Best Actress Oscar. She instantly made the record books as the second-youngest person to be nominated for the category. 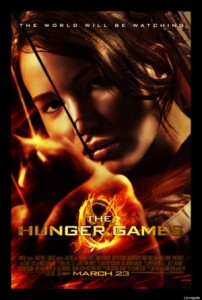 Although she lost the Oscar to Sandra Bullock, her career was now on fire. She had a role in THE BEAVER, a dark comedy directed by and starring Jodie Foster and co-star Mel Gibson that was filmed in 2009, but which spent an extended period of time stalled due to controversies surrounding Gibson. The film was a major bomb when it was finally released in May 2011, through no fault of her own. Her next project was the equally independent LIKE CRAZY, which also won the Grand Jury Prize at the 2011 Sundance Film Festival and was given a wide release by Paramount Pictures (although it also underperformed at the box office). Both these performances were in supporting parts, but her star potential was still to come.

Her higher profile in Hollywood after the Oscar nomination brought her to bigger budget studio films. She was cast as the shape-shifting villain Mystique in X-MEN: FIRST CLASS, part of the superhero franchise, which was a summer hit in 2011. The big coup has been her casting as Katniss Everdeen, the action heroine in the fantastically successfully young adult novel series THE HUNGER GAMES, to which she has committed to two future films in the franchise, if the first film lives up to its potential as a big box office hit. She has almost a half dozen films set to be produced in the next two years as her star continues to rise……not bad for a young woman from Kentucky who never took a professional acting class in her life.