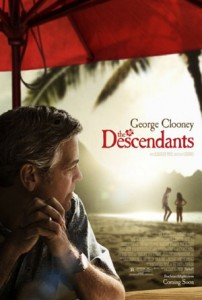 The Gotham Awards, one of the first events of the awards season, have announced the nominees for their 21st edition. The big winners were THE DESCENDANTS (Alexander Payne) and MARTHA MARCY MAY MARLENE (Sean Durkin), which each led the pack with three nominations each. Films nominated in the top category of Best Feature include THE TREE OF LIFE (Terrence Malick), THE DESCENDANTS (Alexander Payne), BEGINNERS (Mike Mills), TAKE SHELTER (Jeff Nichols) and MEEK’S CUTOFF (Kelly Reichardt). In a  surprise twist, MARTHA MARCY MAY MARLENE did not make the cut for Best Feature, but was honored with nominations for Best Ensemble Performance, Best Breakthrough Performance (for Elizabeth Olsen) and Best Breakthrough Director (for Sean Durkin). 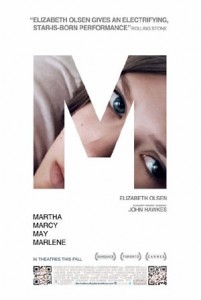 The other actors in the  Best Breakthrough Performance category to receive nominations include Felicity Jones (LIKE CRAZY), Harmony Santana (GUN HILL ROAD), Jacob Wysocki (TERRI) and Shailene Woodley (THE DESCENDANTS). Surprisingly, actress Jessica Chastain, who seems to be in almost every film released this year, did not make the cut, despite her lauded performances in both THE TREE OF LIFE and TAKE SHELTER. In the Best Breakthrough Director category, the nominees are Mike Cahill (ANOTHER EARTH), Sean Durkin (MARTHA MARCY MAY MARLENE), Vera Farmiga (HIGHER GROUND), Evan Glodell (BELLFLOWER) and Dee Rees (PARIAH).

The Gotham Awards ceremony will be held on November 28 at Cipriani Wall Street in New York City. In addition to the competitive awards, Charlize Theron, Gary Oldman, David Cronenberg and Tom Rothman will each receive a career tribute.