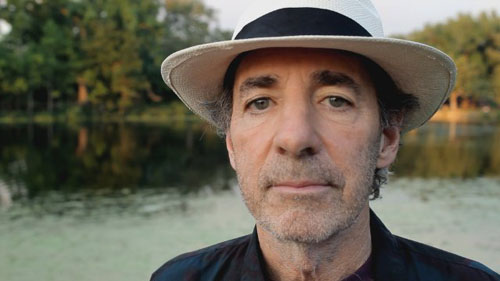 With the Mississippi River about to overflow its banks in the beleaguered city of New Orleans, the specter of Hurricane Katrina, a devastation the city has still not recovered from, becomes an interesting focus of renewed speculation from a somewhat unlikely source. Harry Shearer, the Saturday Night Live veteran, actor/director of several “mockumentaries” (SPINAL TAP) and the voice of several characters on THE SIMPSONS, who also is a New Orleans resident, gets serious with THE BIG UNEASY, a look at the human error behind the natural disaster that opens in theaters today.

In the late summer of 2005, the media reported that what happened in New Orleans was a natural disaster primarily affecting poor black people. On both counts, the media was wrong. But its inability or unwillingness to report the hard truth – that these tragic floods creating widespread damage were caused by manmade errors in engineering and judgment – has failed both journalism and public safety. For what happened in New Orleans could happen again in other cities across the United States. 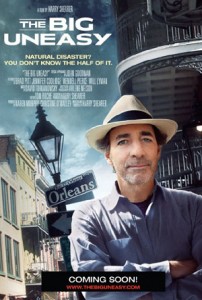 In his feature-length documentary THE BIG UNEASY, Shearer gets the inside story of a disaster that could have been prevented from the people who were there. He speaks to the tireless investigators and experts who poked through the muck as the water receded, and uncovers a courageous whistle-blower from the Army Corps of Engineers. His dogged pursuit of facts reveals that some of the same flawed methods responsible for levee failure during Hurricane Katrina are being used to rebuild the system expected to protect the “new” New Orleans from future peril (like the one this week).

In short segments hosted by actor John Goodman, Shearer speaks candidly with local residents about life in New Orleans. Together, they explore the questions that Americans outside of the Gulf region have been pondering in the years since Katrina: Why would people choose the live below sea level? Why is it important to rebuild New Orleans?

Shearer’s film is also laced with computer imagery that takes you inside the structures that failed so catastrophically, and boasts never-before-seen video of the moments when New Orleans began to flood and the painstaking investigations that followed. Likewise, the film demonstrates what awaits people on the inside who try to report painful truths to the powers that be. For more information on the film and to learn what you can do to protect your own city or home town, visit: www.thebiguneasy.com