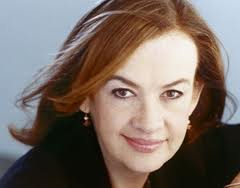 Judith McGrath, one of the most high profile women in television, is stepping down as the Chairman and CEO of MTV Networks.  McGrath started with MTV as a copywriter in 1981, eventually moving up the ranks in a variety of capacities, culminating with the top job at the network. She led and diversified the main MTV Network brands of MTV, Nickelodeon, Comedy Central, TV Land, VH1, CMT and Spike. Among the programs she championed were Nickelodeon’s “Let’s Just Play,” mtvU’s “Darfur is Dying,” MTV’s Peabody Award-winning “Choose or Lose”, the Emmy award-winning “Fight For Your Rights” campaigns, and the “Hope For Haiti” telethon.

It is unclear what direction parent company Viacom Inc. is interested in pursuing going forward but a news statement from the company stated that no successor will be named. With her departure, the executives in charge of MTV Networks’ operating units will report to Viacom president and CEO Philippe Dauman. “The people of MTV Networks have always been singularly important to me,” McGrath said in a statement. “I leave with pride, joy and gratitude for the ride of a lifetime.”