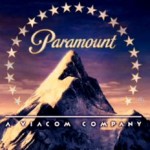 Paramount Pictures is looking to compete in the animation sweepstakes with such heavyweight companies as Disney, Pixar and Dreamworks. The studio has announced that it has hired David Stainton to head Paramount Animation, the division it launched during the summer to generate one animated feature a year starting in 2014. Stainton joins Paramount after a 17-year run at Disney, where he served as president of Walt Disney Feature Animation. During his studio tenure, he oversaw several dozen 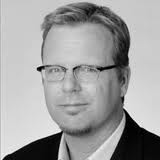 releases across various platforms that brought in $3.5 billion in worldwide revenue. He spearheaded Disney’s transition from its hand-drawn roots to fully digital animation production, led the successful Disney Video Premieres division, and oversaw the studio’s 150-person animation facility in Paris. More recently, Stainton served as CEO of family entertainment producer Henry’s World Media, which he founded in 2007. Paramount’s goal is to build a family film/CG animation , with its first animation project, the Gore Verbinski-directed RANGO, featuring the voice of Johnny Depp, a possible contender for this year’s Best Animated Feature Oscar.