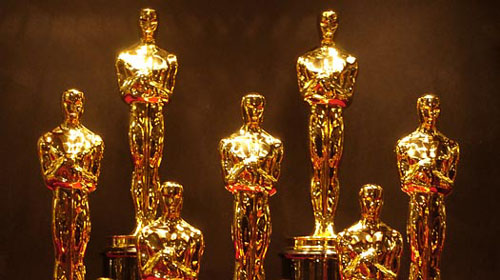 Tom Sherak, chairman of the Academy of Motion Picture Arts and Sciences, announced last week that the film director Brett Ratner and television producer Don Mischer will produce the 2012 Academy Awards ceremony. This will be the second Oscar show Mischer has produced but Ratner is the novice, having built a career as director of such big-budget as RED DRAGON (2002) and the RUSH HOUR series. His next film TOWER HEIST starring Ben Stiller and Eddie Murphy is due out in November. According to a prepared statement, the Academy’s honcho praised Ratner and looks forward to his participation. “He has an incredible love of film and its history and is a true student of the business of movies. He’s unbelievably creative and knows how to take risks that are both interesting and inspiring. Together with Don Mischer, I think these two will give us a fantastic Oscar show that you won’t want to miss.” Although a host has not yet been announced for the 84th Academy Awards (to air on February 26, 2012), one can pretty sure that last year’s co-hosts Anne Hathaway and James Franco will  not be coming back after receiving scathing reviews.

A host for the 84th Academy Awards has yet to be found, but it will air on Feb. 26, 2012.
0
No votes yet
Poor
Okay
Good
Great
Awesome
Your rating: None