July 24th, 2010 was not a particularly extraordinary day on Planet Earth. Yes, there was a full moon, the World Cup championship had just ended and many parts of the globe were gripped in an oppressive heat wave. But it was a day marked more by ordinariness and the simple living out of lives than a day that would be remembered for any specific event, cataclysmic or transcendent. However, the ordinariness of the date is one of the key elements of the new documentary film LIFE IN A DAY that has its North American theatrical premiere, appropriately enough, on July 24th via National Geographic Films. 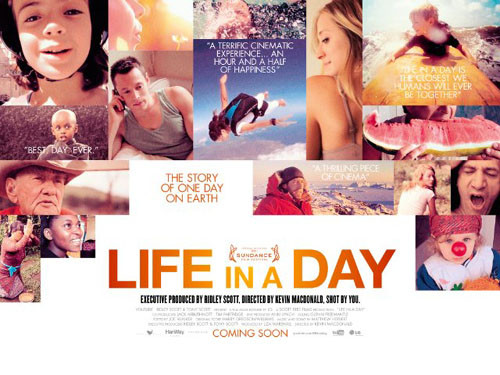 The omnibus film is made up of videos submitted by people all across the globe that chronicled events on the chosen day last year. The film is a unique partnership between internet website YouTube and director Ridley Scott’s Scott Free UK.  The user-generated film is culled from more than 80,000 videos submitted to YouTube, representing over 500 hours of deeply personal and sometimes disturbing slices of life from contributors from Australia to Zambia. Perhaps the most impressive aspect of the film is how director Kevin McDonald (an Oscar winner for the documentary ONE DAY IN SEPTEMBER) and producer Liza Marshall and their team culled through that incredible pile of imagery to create a coherent, moving and rhythmic celebration of the human experience as the global community captures a moment of their lives on camera. 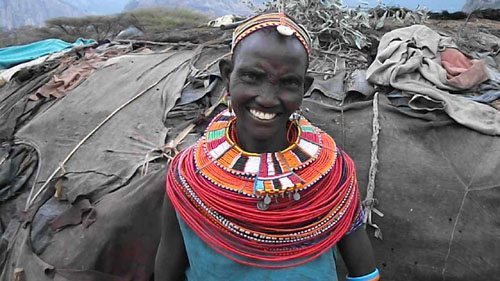 “LIFE IN A DAY was a wonderful opportunity to hear the voices of ordinary people describing the world as they see it—telling us their fears and loves”, McDonald stated in the film’s production notes. “I always knew this would say something fascinating about where we are a species and what we value—-but I never realized how emotionally effecting the end result would be.” The restriction of footage being shot on one single day actually gave the film some tight parameters but did not diminish the variety of the contributions, which ranged from comic to tragic to the otherwise surreal. “The film wouldn’t have had the same sense of magic that is given to it by knowing that all the events were all happening at more or less the same time—-all over the planet!”, McDonald continued. “That idea induces a bit of awe, for me anyway.”

McDonald and his collaborators had very little idea of the scope of footage they would be sent. When the project was announced, it was hoped that the team would be able to pull together enough material to create a 90 minute piece. He unified the imagery by asking all the contributors the same questions: “Tell us your story, tell us what you fear and show us what you have in your pockets.” By creating this basic framework, he was able to steer people towards certain patterns of response that he then could skillfully compare and contrast, giving the film a particular rhythm and flow. In this sense, the film serves as a telling time capsule, examining not only the physical but the metaphysical bonds that offer a universal experience of being alive.

The process of viewing and cataloguing all of the video entries and culling them  into a manageable form took over seven months. The team had expected a maximum of 15,000 clips to be submitted and was shocked when more than 81,000 were sent. The shaping of the material was a challenging process but in the end what has emerged is not only a fascinating document but also a film style that could not have existed prior to the internet age. “The idea that you can ask thousands, tens of thousands, maybe hundreds of thousands of people, all to contribute to a project and to communicate about it and learn about it at the same time belong essentially to this age that we live in. LIFE IN A DAY could not have existed 100 years ago, 20 years ago or even 6 years ago.” For those curious to see what the finished patchwork quilt looks like, the film will be an interesting summer movie choice. And for completists, who really want to see everything left out of the film, YouTube has archived all the submitted clips for anyone to browse.  To view the film’s trailer and the complete archive, visit: http://www.youtube.com/user/lifeinaday