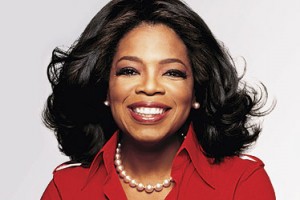 I guess if you have your own name on the company letterhead, you might as well put yourself front and center as that institution’s leader.  That is exactly what media superstar Oprah Winfrey has done, by naming herself the new permanent CEO and chief creative officer of OWN (Oprah Winfrey Network), the cable and satellite network that bears her name. The move comes just two months after the network announced that OWN CEO Christina Norman would leave and be replaced by an interim CEO, Discovery Communications COO Peter Liguori. Winfrey will take over her new roles in September.

OWN debuted on January 1, 2011 with a Winfrey-curated slate heavy on her friends and interests. A few series and specials (the Ryan/Tatum O’Neal reality series and the Chaz Bono transgender documentary) have attracted audiences, but the expected rush of mainstream audiences hungry for more Oprah after her syndicated television show went off the air in May has not yet materialized. Industry reports have indicated for months now that OWN has struggled for ratings while burning through money. The move by Winfrey was urged by the network’s co-owner Discovery Communications, which has invested more than $200 million into the venture. While the company claims that it is on target financially for the year, the low ratings and advertising rate card do not point to a vigorous launch for the much ballyhooed network.

Ironically, what OWN needs is more Oprah Winfrey. In this light, the Queen of Talk has pledged to dedicate herself more fully now that her syndicated talk show is finished. With her announcement, she has telegraphed to both the industry and to her legion of loyal fans that she is putting her own name on the line and will work to personally put the network in order. To bolster her team, OWN also announced that Erik Logan and Sheri Salata, presidents of Harpo Studios, Winfrey’s production arm, would become co-presidents of OWN. The company also announced that all future television production at Harpo Studios would be directed exclusively to OWN.

“I am ready to dedicate my full creative energy and focus as the full time CEO of OWN,” Winfrey said, pledging to “unleash the full potential of the network.” If anyone can accomplish that, O can.