One of the highlights of the AFI-Discovery Channel Silverdocs Documentary Festival, the largest and most prestigious documentary film event in the U.S., is the Charles Guggenheim Symposium, a special event that honors the lifetime achievement of documentary pioneers. On Thursday, June 23, Silverdocs feted the doc duo of Donn Alan (D.A.) Pennebaker and Chris Hegedus, two pioneering filmmakers whose resumes date back to the 1960s, with an extraordinarily prolific output of groundbreaking films.

Hegedus and Pennebaker are luminaries in the art of cinema vérité, widely recognized for their unyielding commitment to telling stories that reveal the microcosm of American life.  The Symposium, named after the late, four-time Academy Award winner Charles Guggenheim, honors filmmakers who have mastered the power of documentary and inspire audiences with powerful explorations of the human experience.

The subjects of their films have varied from the landmark Monterey Pop Festival of 1967, an intimate portrait of troubadour Bob Dylan, a profile of Bill Clinton’s first presidential campaign, up to a sizzling behind-the-scenes view of dot com mania. 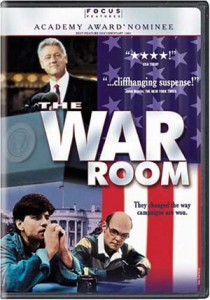 Partners in life and behind the camera – the two met in 1976 and married in 1982 – their work independently and collectively has provided a view on the worlds of politics, the arts and rock music, profiling the lives, experiences and events of remarkable politicians and artists, including the John F. Kennedy-Hubert Humphrey presidential campaign, the Robert Kennedy-George Wallace conflict over school desegregation, as well as capturing the life and performances of Bob Dylan, Jimi Hendrix, Janis Joplin, John Lennon, David Bowie, The Who, Broadway diva Elaine Stritch, comedian-turned-senator Al Franken, to name a few. 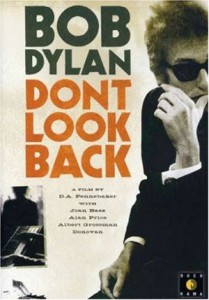 The Guggenheim Symposium was held in the main theater of the AFI Silver Theater, the festival’s headquarters in Silver Spring, Maryland. The evening included excerpts from the honorees’ body of work and an on-stage interview with the duo, as well as a series of praiseworthy speeches by special guests who saluted the couple’s astonishing body of work. Past Guggenheim honorees include Barbara Kopple, Martin Scorsese, Jonathan Demme, Spike Lee, Albert Maysles, Christo and Jeanne-Claude, and Frederick Wiseman. Silverdocs runs through Sunday, June 26. For more information, visit: www.silverdocs.com