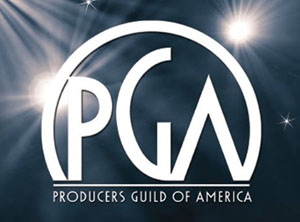 The Producers Guild Awards are typically one of the most reliable predictors of the Oscars. In the last decade, the PGA winner has gone on to win the Oscar for Best Picture six times, including the last four in a row. Over its 21-year existence, the award has coincided with the top Oscar 14 times. For this year, producers of the films THE ARTIST, THE DESCENDANTS, HUGO, THE HELP, MIDNIGHT IN PARIS, MONEYBALL, THE IDES OF MARCH, THE GIRL WITH THE DRAGON TATTOO and BRIDESMAIDS are among the nominees for the Producers Guild of America’s top feature-film prize, the Darryl F. Zanuck Producer of the Year Award for Theatrical Motion Pictures. WAR HORSE producers Steven Spielberg and Kathleen Kennedy were double nominees, also receiving nods for producing the animated feature nominee THE ADVENTURES OF TINTIN. Other nominations went to the animated films CARS 2, KUNG FU PANDA 2, PUSS IN BOOTS and RANGO. The Producers Guild Awards will take place on Saturday, January 21 in the Grand Ballroom at the Hollywood & Highland Center in Los Angeles.