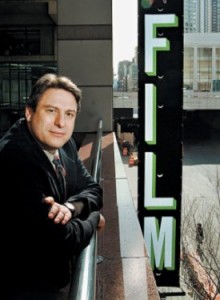 If you have spent any time at the Film Society of Lincoln Center for the past 23 year or attended the New York Film Festival since 1988, you no doubt have come across “the film maven of Lincoln Center”, otherwise known as Richard Peña. He is the veteran Program Director of the Film Society of Lincoln Center and Chairman of the Selection Committee of the New York Film Festival, a film curator and scholar whose possesses an astonishingly broad knowledge of the medium, from old Hollywood to his specialty interest in Latin American, Asian, and Arab cinemas. As the 2011 New York Film Festival opens this evening, the continued presence (during much upheaval in the ranks over the past few years) of Richard Peña is a welcome and steady one. 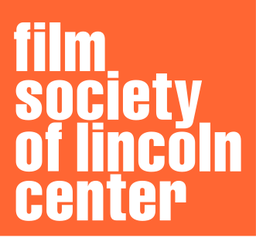 Born in New York of Spanish and Puerto Rican parents, Peña attended St. John’s Prep in Danvers, Massachusetts, and Harvard College, from which he graduated in 1976 with a degree in Latin American history and literature. After his junior year, he took a year off to spend in Brazil, where he worked part-time at the cinèmatheque in Rio de Janeiro. From this experience, and his early years in New York attending the first years of the New York Film Festival, he began to consider film as a serious pursuit and career goal.  From 1976 to 1978, he was a Teaching Fellow in General Education at Harvard, teaching the History of Film and Latin American Cinema. In 1978, he received his M.S. in architecture from M.I.T. He also taught courses in Film Noir and Latin American cinema at the University of California-Berkeley. He continues his academic career as Professor of Film Studies at Columbia University’s School of the Arts, where he specializes in courses on film theory and international cinema. 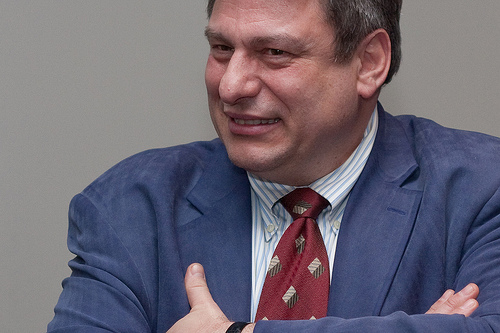 In 1979, he returned to New York to be Adjunct Professor in Cinema Studies at City University of New York, College of Staten Island. However, he then received an offer that was too good to refuse. The Film Center of the School of the Art Institute of Chicago offered him a position, first as assistant director, then as director. From 1980 to 1988, he helped transform the Film Center into a vital programming and educational institution, organizing, among many other things, Images in the Shadows, an influential 50-film survey of Spanish cinema shown in 18 cities around the world. In the latter half of 1988, another tantalizing offer beckoned him to return to the Big Apple. The Film Society of Lincoln Center, one of the city’s most prominent film institutions, offered him its top programming position and he has remained a proud New Yorker ever since.

In the past 23 years, in his role as the programming visionary of the New York Film Festival, one of the key movers of the New Directors/New Films series with the Museum of Modern Art and artistic direction first of the single-screen Walter Reade Theater (opened in 1991) and eventually the three-screen Elinor Bunin Monroe Film Center (opened in June of this year), he has been involved in the expansion of the Film Society and fostering greater interest in independent and world cinema in the New York community. Among the film series Peña has brought to New York audiences are several annual series devoted to contemporary national cinemas and current issues, including the popular Latinbeat and Spanish Cinema Now series; Rendez-Vous with French Cinema; the New York African Film Festival; the New York Jewish Film Festival; and the Human Rights Watch International Film Festival. He has spearheaded groundbreaking retrospectives of such film figures as Michelangelo Antonioni, Sacha Guitry, Abbas Kiarostami, Robert Aldrich, Gabriel Figueroa, Ritwik Ghatak, Kira Muratova, Youssef Chahine, Yasujiro Ozu, Carlos Saura and Amitabh Bachchan. He has introduced such innovative surveys as China’s New Wave: The Fifth Generation Filmmakers and reviews of contemporary cinema from Iran, Poland, Hungary, Cuba, the former Soviet Union, Japan, Korea, Argentina and the Arab world. He also helped establish Independents Night, a bi-monthly series devoted to new American independent films. From 2001 to 2003, he was the host of a nationally broadcast monthly half-hour television series that the Film Society produced with Sundance Channel, Conversations in World Cinema from the Film Society of Lincoln Center. Beginning in 2008, Mr. Peña co-hosted Channel 13/WNET New York’s Friday night film program, Reel 13.

In the nothing ever stays the way it was department, rumors have been swelling that this could be Pena’s last year at the Film Society. It has been an open secret (and now somewhat confirmed by a piece in Friday’s New York Times) that he is discussing stepping down, perhaps as early as next year. In an email published in the Times he stated that “My own personal desire and need for some kind of transition has to be weighed against the needs of the FSLC at a time of unsettledness.” Whatever happens next (and it would be a seismic shift in the New York film culture if he does move on), Pena is still a formidable Renaissance man who has provided New Yorkers with a view of the world and international guests with an indelible impression of New York, the city he calls his own. For more information on this year’s New York Film Festival and the on-going activities of the Film Society of Lincoln Center, visit: www.filmlinc.com