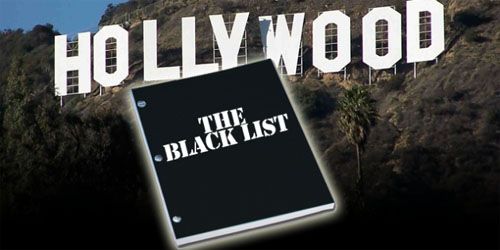 For the past seven years, Franklin Leonard, a former Universal Pictures executive who now works with Will Smith’s Overbrook Entertainment, publishes his Hollywood Black List of the best unproduced scripts of the year. Each year, Leonard asks several hundred film executives to submit a list of up to 10 of their favorite scripts of the year (none of which have yet to be green lighted for production). This year, more than 300 executives voted, and 73 scripts got at least six votes — the minimum necessary to be considered for the Black List. Some surprising films have made the top ten in the past, including such eventual Oscar faves as SLUMDOG MILLIONAIRE, THE KING’S SPEECH, JUNO and THE SOCIAL NETWORK. Since 2005, more than 120 Black List scripts have been made into feature films, grossing more than $11 billion at the box office. This year, Leonard launched a premium service. For a $20 monthly fee, people can rate scripts that they have read and receive recommendations on what else they might like, a kind of Netflix for screenplays. Topping this year’s Hollywood Black List was THE IMITATION GAME, writer Graham Moore’s story of a British World War II cryptographer who poisoned himself after being criminally prosecuted for being gay. The topical film just might end up getting made, but so far there is no firm studio or production behind it. For the complete list, visit: www.trackingboard.com