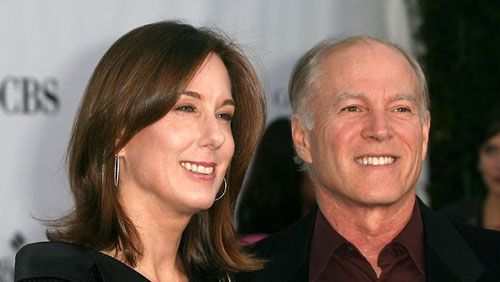 Uber producers Kathleen Kennedy and Frank Marshall have left Sony Pictures and are reuniting with their old partner Steven Spielberg with a first-look deal with DreamWorks. The move to DreamWorks reunites the husband-and-wife team with their longtime associates, Steven Spielberg and DreamWorks CEO Stacey Snider. Kennedy is the producer on Spielberg’s upcoming films THE ADVENTURES OF TINTIN and WAR HORSE. She is also producing his next film, LINCOLN, set for a December 2012 release, and is likely to take on the director’s ROBOCALYPSE. Kennedy and Marshall worked with Spielberg for decades on such signature films as RAIDERS OF THE LOST ARK, WHO FRAMED ROGER RABBIT?, JURASSIC PARK and SCHINDLER’S LIST.