Word comes from Europe that the celebrated director Roman Polanski will be returning to Zurich, Switzerland this week to accept the Lifetime Achievement Award from the Zurich Film Festival. This could have been a standard issue awards story except for the fact that Mr. Polanski’s trip to Zurich two years ago to pick up this same honor precipitated a one-year legal battle that led to months of house arrest and his possible extradition to the United States to face a prison term for fleeing the country in 1978 to avoid punishment for the crime of statutory rape with a minor. The fact that Mr. Polanski feels secure enough (or is still enough of a high stakes risk taker) to return to the place where his legal limbo occurred is yet another fascinating chapter in an extraordinary life of one of our most gifted living film auteurs. 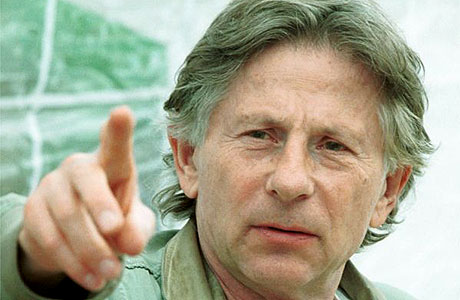 The 78-year-old director is enjoying one of his most prolific periods in this latter chapter of his life and career. His film THE GHOST WRITER, which starred Ewan McGregor, Pierce Brosnan and Kim Catrall, was the major winner at last year’s European Film Awards, sweeping the top prizes for Best Film, Best Director, Best Actor and Best Screenplay. Polanski is currently receiving a career retrospective at the prestigious Museum of Modern Art in New York. His newest film CARNAGE, a satire of manners based on the Tony Award-winning play GOD OF CARNAGE, will open the New York Film Festival next week (after world premiering at the Venice Film Festival last month). Advance word on CARNAGE is that it will be a major player in the end-of-season awards race, with Polanski possibly be nominated for an Oscar……and continued questioning of why he should be denied access to the country where he spent one of the most fruitful periods of his life. 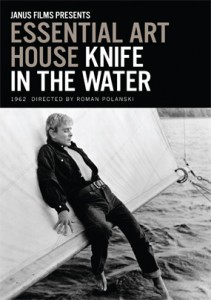 Polanski’s story is a fascinating one, a reflection of the shifting currents and historical milestones of the past eight decades. Roman Polanski was born Rajmund Roman Thierry Polański in Paris, France in August 1933 to Polish Jewish parents. He moved with his family back to Poland in 1937, shortly before the outbreak of World War II. He suffered all the indignities and horrors when the Nazis invaded the country, but survived the Holocaust hiding with a Catholic family, although his mother and other relatives did not. Following the war, he was educated in the strict regimentation of Communist-era Poland and was accepted into the famed Lodz National Film School, where he made a series of impressive short films. In 1962, his feature thesis film KNIFE IN THE WATER was nominated for an Academy Award, and announced the arrival of a brash new European talent. Polanski eventually got out of Poland and lived in London during the height of its swinging sixties period, making such celebrated films as REPULSION (1965) and CUL DE SAC (1966). 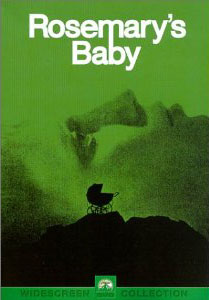 In 1968, he moved to the United States and made a tremendous impression with the adaptation of Ira Levin’s best-selling horror novel ROSEMARY’S BABY, starring Mia Farrow, John Cassavetes and Ruth Gordon. Just as he had been part of the Eastern European new wave and the British post-war film movements, Polanski became a symbol of the New Hollywood, a time when the movie studios were in decline and a host of brash young directors (including Arthur Penn, Brian De Palma, Mike Nichols, Robert Altman, Martin Scorsese and others) began their celebrated careers. Following the triumph of ROSEMARY’S BABY came the deepest of personal tragedies. In 1969, Polanski’s pregnant wife, the actress Sharon Tate, was murdered by members of the Manson Family at their Los Angeles home. The grisly event was later seen as the definitive end to the optimism and free flowing years of the 1960s. Following Tate’s death, Polanski returned to Europe and spent much of his time in Paris and Gstaad, but did not direct another film until MACBETH (1971) in England. The following year he went to Italy to make WHAT? (1973) and subsequently spent the next five years living near Rome. However, he traveled to Hollywood to direct CHINATOWN (1974), one of the definitive films of the decade. The neo-noir, which starred Jack Nicholson, Faye Dunaway and John Huston, was nominated for eleven Academy Awards and was a critical and box-office success. 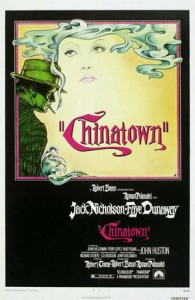 Polanski was again an A-list Hollywood director but the drug-fueled licentiousness of the times eventually caught up with him. In 1977, after a private photo shoot in Los Angeles, Polanski was arrested for the sexual abuse of a 13-year-old girl and pleaded guilty to the charge of unlawful sex with a minor. In a case that was particularly convoluted, he made the fateful decision to flee the country to avoid sentencing, setting up in Paris, where he has been ever since. Since then, he has faced possible extradition to the United States and a lengthy prison sentence that has prevented him from visiting the United States or even traveling to countries that have extradition treaties that could result in his arrest and deportation (this is what happened in September 2009 when he came to Zurich, with the extradition order eventually thrown out by a Swiss court). 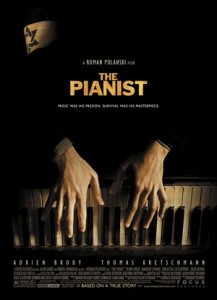 The irony of his precarious relationship with the United States was felt most keenly in 2002, when his Holocaust drama THE PIANIST won three Academy Awards, including one for himself as Best Director. His no-show at the awards ceremony, where he received an extended standing ovation, reignited debate about why the United States still was gunning for his arrest, even after his now middle-aged “victim” had publicly forgiven him and pleaded for the overturning of his guilty verdict. In a time when Americans are focused on much bigger issues, it seems that it the overzealousness of a few stubborn officials in the Los Angeles district attorney’s office have prevented the celebrated director from returning to the U.S. and have kept him in a legal limbo, where he must always be looking over his shoulder, afraid of an arrest warrant. 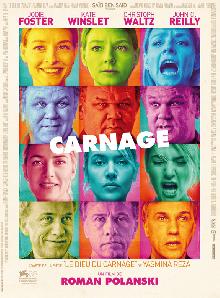 Polanski has received many awards in his career and may be in the running this year for more for his latest film CARNAGE. The film, set in New York City but shot in Paris, is a bracing comedy about the relationship between two couples after their children get in a fight at school and the selfishness of everyone, which eventually leads to chaos. It stars Kate Winslet, Jodie Foster, Christoph Waltz and John C. Reilly. Sony Pictures Classics will release the film in December at the height of awards season. The big question in Hollywood is whether the celebrated director will again be nominated and will he finally be able to come back to the United States to receive the recognition of an industry that he has so influenced. It seems yet another chapter in Polanski’s colorful and eventful life is yet to be written.