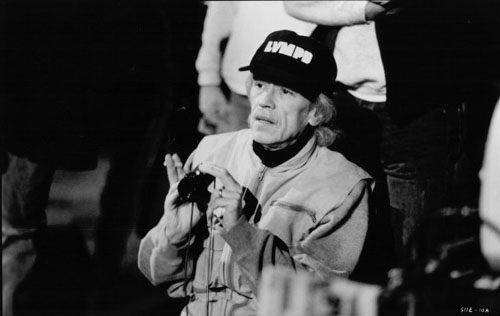 John Carpenter…..it is one of the names in contemporary cinema that is most associated with thrills and chills. With his early success HALLOWEEN (1978), he virtually invented the slasher film genre, whose box office appeal has never completely died (as evidenced by the wildly successful SAW franchise). In subsequent films, such as THE FOG (1980) and a remake of THE THING (1982), he firmly established himself as a horror auteur, whose output was a shrewd mix of visceral thrills and psychological terror, always leavened with an outrageous sense of humor. Now, after a 10 year hiatus, Carpenter is back with THE WARD, which opens next Friday, July 8.

His hiatus came after complete exhaustion with the collapse of his marriage and his stature in Hollywood after being a consistent moneymaker for over two decades. His previous film GHOSTS OF MARS (2001) was not well received and made headlines with his on-set battles with his leading lady, bad girl rocker Courtney Love. The film was barely released and Carpenter, not ready to retire but lacking in the fight that had categorized his earlier decades, just retreated until he could conjure up a vision of a film that he could become passionate about again. 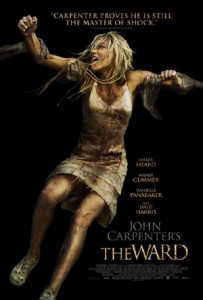 That film, apparently, is THE WARD, a period piece set in the 1960s about a woman (played by newcomer Amber Heard) in a mental institution who believes someone is killing patients. The old-fashioned gothic suspense yarn is being hailed as Carpenter’s comeback, although it is rather more graphic and gruesome than a typical Victorian ghost story. In a departure from form, he did not write the script or the music this time, but the film abounds with his signature visual cues and the sheer mounting tension of his protagonist trapped within a nightmare from which they cannot wake up. He also maintains a steady pace that is rather out of fashion in current horror films, building up the tension to an almost unbearable level before offering cathartic release.

In his early years, he was influenced by the great Hollywood masters while receiving his degree from the University of Southern California’s School of Cinematic Arts in 1971. The first time Hollywood took notice was when his thesis project THE RESURRECTION OF BRONCHO BILLY (1970) won an Academy Award for Best Live Action Short Film. His first significant feature film as a director was DARK STAR (1974), a science fiction black comedy that cost only $60,000 to make.  In ASSAULT ON PRECINCT 13 (1976), he showed a strong hand at creating dynamic tension in an urban thriller that was far away from the horror films that would later make his reputation. The film is regarded as one of the best exploitation films of the 1970s. 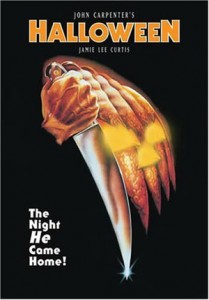 After writing and directing the Lauren Hutton thriller SOMEONE’S WATCHING ME (1977), he took a chance with a low-budget horror film that starred an as yet unknown Jamie Lee Curtis. HALLOWEEN, about a babysitter being menaced by a stalker, became a smash hit and Carpenter’s access to bigger budget productions was insured. The film, which was made for under $300,000 grossed over $65 million on its initial release, making it one of the most successful independent films of all time. After a strong follow up success with THE FOG (1980), he collaborated with actor Kurt Russell on a series of films, including the cult science-fiction adventure ESCAPE FROM NEW YORK (1981) and a remake of the 1950s horror classic THE THING (1982). After this string of successes, he tried a substantial change of pace in 1984 with the production of 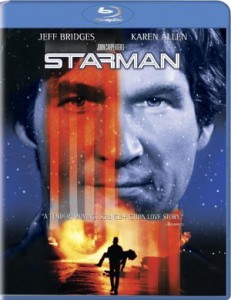 STARMAN, a film about a visiting alien to planet Earth that secured its lead Jeff Bridges his first Best Actor Oscar nomination. The film, which was only a moderate success at the time, demonstrated that Carpenter could handle effects-driven films and give them a necessary dimension of human depth and emotion.

His fortunes turned with the release in 1986 of the action/comedy BIG TROUBLE IN LITTLE CHINA, again starring Kurt Russell, which was a financial failure and began a difficult decade when he had trouble getting films financed. His 1990s output was meager by comparison to his earlier period,  with a number of notable misfires including MEMOIRS OF AN INVISIBLE MAN (1992), MOUTH OF MADNESS (1994), VILLAGE OF THE DAMNED (1995), ESCAPE FROM L.A. (1996), VAMPIRES (1998) and GHOSTS OF MARS (2001). He returned to the director’s chair in 2005 for an episode of Showtime’s Masters of Horror series as one of the thirteen filmmakers involved in the first season. In 2010, he received the Lifetime Award from the Freak Show Horror Film Festival.

Speculation is high to see if the old master has learned some new tricks with his latest work and how it fit into a marketplace that is already crowded with horror/ghost stories. However, Carpenter’s place as a supreme innovator is secured no matter what the result will be. In many ways, he is more respected than ever. In the fantasy film SUPER 8, one of the big hits of the summer, the first shot in the film features a poster for HALLOWEEN. This has been interpreted as a visual homage by director J.J. Abrams to his mentor. Carpenter seems to be in demand again. IMDB lists 7 films to which he is currently attached as either a writer, director or producer. It appears that the king of horror is back to stay.