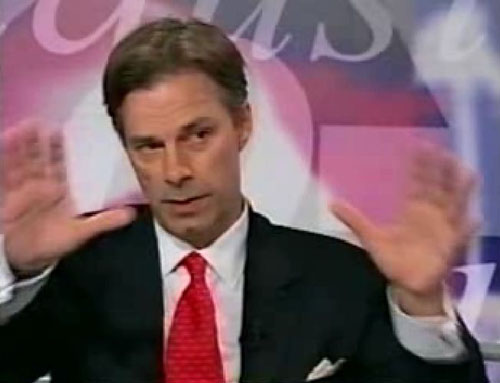 After a nearly decade and a half hiatus from the filmmaking scene, writer/director Whit Stillman, one of the leading lights of the American indie movement in the 1990s, is back with a vengeance with his newest film DAMSELS IN DISTRESS. The film, which opened via Sony Pictures Classics in theaters this past weekend, mines the familiar territory of the haute bourgeoisie and the privileged few that Stillman has examined since his first film. The film has been warmly received by critics and a new audience that will ultimately see the new project as a continued exploration of a certain caste of American society. What happened to the celebrated director in the past 15 years is a fascinating story unto itself.

But first some background……Whit Stillman was raised in the upstate New York town of Cornwall, the son of an impoverished debutante (Margaret Riley Stillman) from Philadelphia and a Democratic politician (John Sterling Stillman, an assistant secretary of commerce under President John F. Kennedy from Washington, D.C. A true WASP, he attended Harvard University where he honed his writing skills with humor columns for The Harvard Crimson. After graduating from Harvard in 1973, he began working as a journalist in New York City. He was introduced to some film producers from Madrid and persuaded them that he could sell their films to Spanish-language television in the U.S. He worked for the next few years in Barcelona and Madrid as a sales agent for directors Fernando Trueba and Fernando Colomo, and sometimes acted in their films, usually playing comic Americans. 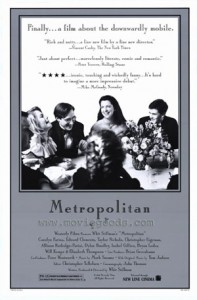 He then got the directing bug himself, writing and directing his premiere feature METROPOLITAN (1990), a celebrated film about the young jet set in New York City, a community he knew much about. In these still formative days of the American indie movement, he had to finance the film by selling his New York City apartment (for $50,000) and with the contributions of friends and relatives. Loosely based on real-life events, METROPOLITAN tells the tale of the alienated Princetonian Tom Townsend’s introduction to the “Sally Fowler Rat Pack”, a small group of preppy Upper East Side Manhattanites making the rounds at debutante balls during Christmas break of their first year in college. Though he is a socialist deeply skeptical about upper-class values, Tom (Edward Clements) grows increasingly attached to the cynical Nick (Chris Eigeman) and plays an important part in the life of Audrey (Carolyn Farina), a young debutante. Many of the exclusive interior locations were lent to Stillman by family friends and relatives. For his work, the fledgling writer/director was nominated for an Academy Award in 1991 for Best Original Screenplay and was nominated for the Grand Jury Prize at the 1990 Sundance Film Festival. He won the 1990 New York Film Critics Circle Award for Best New Director.

So his film career was off and running. For his second project, he chose another subject close to his heart and experience. BARCELONA (1994), his first studio-financed film, was inspired by his own experiences in Spain during the early 1980s. In the film, two Americans, Ted and Fred, experience the awkwardness of being in love in a foreign country. The film, while not quite as successful as his first effort, was embraced by critics and a growing public, and Stillman was among those American indies of the 1990s that was fast developing a cult reputation.  His third film was 4 years in the making.  THE LAST DAYS OF DISCO (1998) was loosely based on his experiences in various Manhattan nightclubs, including the legendary Studio 54. The film concerns Ivy League and Hampshire graduates falling in and out of love in the disco scene of Manhattan in the early 1980s. It concludes a trilogy loosely based on his own life and contains many references to the previous two films, including some of the characters who appeared in the earlier efforts who are dealing with the anomie of the approaching millennium. In 2000, he published a novelization of the film.

After completing his film trilogy, Stillman departed from the independent film scene and started researching and writing a series of scripts set abroad. He relocated to Paris, spent time in Spain and did not return to America until 2010. There was broad speculation about his reasons for leaving the U.S., including a visceral response to the events of 9-11 (by now he had a family) but he also had tired of the struggle of raising finances and promoting American indie films, in contrast to his European colleagues who could rely on government subsidies and steady work once they had “made it”.  However, weary of the ex-patriot life and wanting his children to grow up in America, New York beckoned again and he began writing the script for his fourth film. 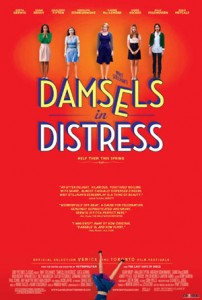 DAMSELS IN DISTRESS premiered as the closing film at the 2011 Venice Film Festival (like many artists before him, Stillman was more appreciated in Europe than his native land). The film has played the international festival circuit and is now being seen by the wider public. The film, which stars Greta Gerwig, Adam Brody and Analeigh Tipton, is the story of three young women at an East Coast university and the transfer student who joins their group. It again visits the world of the upper class, privileged and self-important young women who take it as their mission to reform society, men and class values in their own image. Although satiric and written as a comedy, the film also demonstrates that in America, the supposedly classless society, a war between the classes has been taking place for as long as there has been a union. Stillman’s stoic style speaks volumes about a certain class of people remains unmoved by war, economic malaise or societal changes. Even more important than whether this new film is a box office success (or not), is the fact that Whit Stillman is back…….with his sharp wit and observant eye as intact as ever.