Known as the “Yiddish Mark Twain”, early 20th century author and fabulist Sholem Aleichem is probably best known today for his stories about Tevye, an impoverished milkman in Czarist Russia, which was adapted into the hit Broadway musical FIDDLER ON THE ROOF. Now, a new documentary SHOLEM ALEICHEM: LAUGHING IN THE DARKNESS is hitting the arthouse circuit, offering a compelling look at the man who captured everyday life in the Jewish shtetl (small town), a culture that was essentially wiped out with the Holocaust during World War II.

The film is directed by Joseph  Dorman, a respected film and television documentarian whose 2004 film GOING UPRIVER: THE LONG WAR OF JOHN KERRY provided an important anecdote to the Massachusetts Senator’s presidential ambitions, Using rare photographs, archival recordings and a few film clips, the film presents the life and work of a man who popularized the gentle and ironic humor of the Jewish people. The film features readings from Aleichem’s anecdotal fables and short stories, as well as interviews with various scholars and enthusiasts of Jewish and Yiddish literature, including Dan Miron, Hillel Halkin, David Roskies, Aaron Lansky and Ruth Wisse. 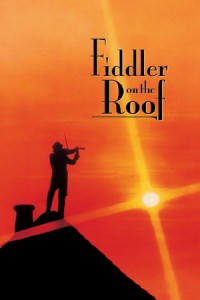 Considerable screen time is given to author Bel Kaufman (UP THE DOWN STAIRCASE), who is Aleichem’s granddaughter. Her reminisces are particularly emotional as she described the idiosyncrasies of the world’s most influential Yiddish writer. “He wrote standing up… standing, walking, running”, Kaufman exults in the film. “He would look off into the distance and chuckle, as if hearing what his characters were saying to him, and then he would write.” Aleichem not only wrote universal tales of irony and wisdom but also portrayed the self-deprecating humor that has found expression in the comedy of the Borscht Belt standup comics, the films of Woody Allen and the mad antics of Mel Brooks. In fact, his first published work at the tender age of 14, was an alphabetical glossary of his stepmother’s curses, including such tasty tidbits as: “May the worms eat you” and “May a toothache make you yell”. Even his name was a pen name for “Peace Be With You”, a common Yiddish greeting that could also serve as an ironic dig when one was upset with someone.

While the film does not stint on comedy, it also chronicles the author’s unhappy life, reinforcing that comedy generally is a byproduct of tragedy. Sholem Aleichem, born Sholem Rabinowitz, spent most of his life in the Ukraine and Russia trying to escape poverty and violent anti-Semitism. He spent his last years in America, but never completely felt at home here where the Jewish population, who had come to reinvent themselves, rather scorned their shtetl past. In New York and other cities with sizeable Jewish populations, he often found himself rejected by the assimilated Jewish audiences who only focused on being viewed as hard-working and respectable American citizens.  However, he was recognized as a world-class author during his lifetime by literary circles and in the year of his death, his funeral attracted more than 200,000 people, one of the largest in the history of New York. Eventually, his works came to be embraced internationally, particularly in the United States, the Soviet Union and Israel. As the author himself was once to write: “It’s too bad you’re in such a hurry because the stories I could tell you… bushels and baskets of stories, whole crates full of stories.” For those interested to learn more about the film and it’s unique subject, visit: http://www.sholemaleichemthemovie.com/