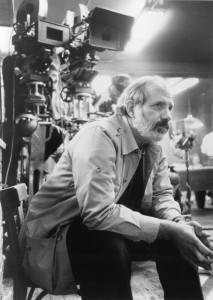 While Alfred Hitchcock will forever be known as the “master of suspense”, one of his true admirers, the director Brian De Palma, also shares the master’s abiding interest and superb execution of the thriller genre. If anything, De Palma was able to be much more explicit in the depiction of violence and sexality than Hitchcock was able to do in the more buttoned-down decades of the 1950s and 1960s. In many ways, De Palma combines the classic elements of less-is-more film suspense with a rock-n-roll sensibility completely appropriate to the 1970s and 1980s, when he made his greatest films. A much deserved appreciation of this American auteur’s career begins on Friday, April 8 at the BAMCinematek, the ambitious and adventurous arthouse venue located at the Brooklyn Academy of Music in New York’s coolest borough.

For the next few weeks, BAMcinématek salutes maverick American director Brian De Palma, focusing on his contributions to the thriller genre. Copresented by director, screenwriter, and die-hard buff Noah Baumbach, the 10 films in De Palma Suspense reintroduce the director’s aesthetic…..a mix of style, terror, comedy and explicit sexuality. BAMcinématek’s series stretches from his breakthrough film Sisters (1973), presented in a rare 35mm film print, to 2002’s Femme Fatale, his underrated genre gem. The series opener, Sisters, presented an acting challenge to actress Margot Kidder, who had found big screen fame as Lois Lane in the highly successful Superman series of the late 1970s. Here she leaves behind the dewy innocence of that female reporter to strike a much chorder in the role of a French-Canadian model, who may or may not have a homicidal twin. The film introduced the element of “doubling” that would become a De Palma fixture. 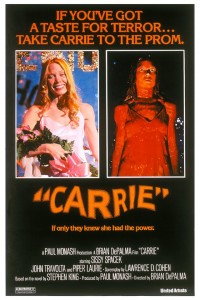 Other highlights of the series include rare screenings of the murder musical Phantom of the Paradise (1974), with its Faustian themes of a musician who sells his soul for divine inspiration; Carrie (1976), De Palma’s most commercially successful vehicle, based on a Stephen King, and offering choice roles to a young Sissy Spacek as a teenager with telekinetic powers, and Piper Laurie as her evangelical witch of a mother, a role that won her a Best Supporting Actress Oscar; and Dressed to Kill (1982), a stylish thriller starring Michael Caine and Angie Dickinson, in a film that sharply divided critics and audiences for its sexual explicitness, violence quotient and psychosexual atmosphere. 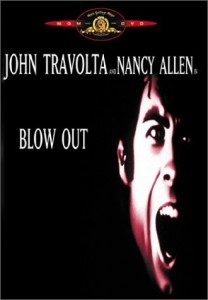 Unfortunately, De Palma films rarely get revived on what remains of the repertory cinema circuit, so this series gives audiences a rare opportunity to see such underrated films from the director’s oeuvre as Obsession (1976), an unabashed homage to his idol Alfred Hitchcock’s existential masterpiece Vertigo, with a sharp script by Paul Schrader and moody cinematography by Vilmos Zsigmond; The Fury (1978), another teenager-with-telekenesis yarn, this time starring the Raphealite beauty Amy Irving;  Blow Out (1981), an underrated thinking-man’s thriller starring John Travolta and containing al the elements associated with De Palma, including voyeurism, violence, sexuality and mirrored identities; and  Body Double (1984), a shocking and disturbing tale of murder and revenge, with a haunting theme by Italian composer Pino Donaggio.

De Palma had to turn to French financing to produce his latest thriller Femme Fatale (2002), which was, like most of the directors’ work, more appreciated outside his home country than here. In this sexually ambiguous drama, the director uses split screens as a symbol of duality and dreamlike ambivalence. The director coaxes an exotic performance out of actress Rebecca Romijn, playing both a double-crossing burglar and her doppelganger. His obsession with the integrated worlds of psychology and sexuality began in the theater, where in the 1960s he became a go-to director for explicit and provocative theater pieces, including his outrageous production of Dionysus in 69 for the envelope-pushing downtown theatrical troupe The Performance Group. By the late 1960s, he was also trying his hand at low-budget indie films, including his debut, the draft dodger comedy Greetings (1968) and the low-budget satire Hi, Mom! (1970), with the lead role played by a novice actor named Robert De Niro.

By the 1970s, the production budgets for his films started to increase, as did his reverence and obsession for the films of Alfred Hitchcock, who had just died. In order to recreate the ambivalent world of the Hitchcock thriller but using his own cinematic vocabulary, he was able to persuade legendary composer Bernard Hermann out of semi-retirement to score Sisters, and worked with the composer again a few years latter on Obsession. Lovers of the thriller genre, as well as those who applaud audacious filmmaking, should take the trip to BAM and relish the inspired visual tales by this master illusionist, who makes his audiences dream while being wide awake. For more information on the series, visit: http://www.bam.org/view.aspx?pid=3073