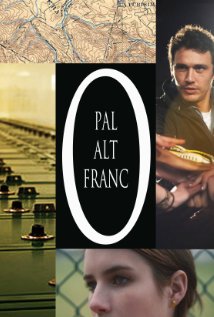 Shy, sensitive April (Emma Roberts) is the class virgin —a popular soccer player and frequent babysitter for her single-dad coach, Mr. B. (James Franco). Teddy (Jack Kilmer) is an introspective artist whose best friend and sidekick Fred (Nat Wolff) is an unpredictable live wire with few filters or boundaries. While April negotiates a dangerous affair with Mr. B., and Teddy performs community service for a DUI — secretly carrying a torch for April, who may or may not share his affection — Fred seduces Emily (Zoe Levin), a promiscuous loner who seeks validation through sexual encounters. One high school party bleeds into another as April and Teddy finally acknowledge their mutual affection, and Fred’s escalating recklessness spirals into chaos.

About Tribeca Film
Tribeca Film is a comprehensive distribution label dedicated to acquiring and releasing independent films across multiple platforms, including theatrical, video-on-demand, digital, home video and television. It is an initiative from Tribeca Enterprises designed to provide new platforms for how film can be experienced, while supporting filmmakers and introducing audiences to films they might not otherwise see. Current and upcoming Tribeca Film releases include the Oscar® nominated and award-winning The Broken Circle Breakdown, Gotham award winner Beneath the Harvest Sky directed by Aron Gaudet and Gita Pullapilly, Gia Coppola’s Palo Alto, and David MacKenzie’s Starred Up.