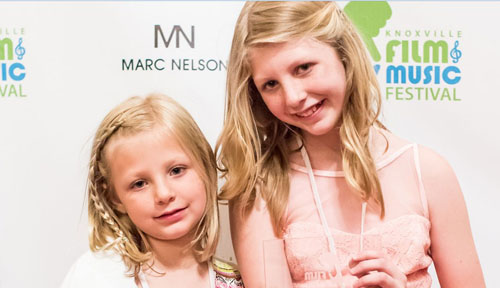 In prior years the festival had limited space available for students, but for 2014 the festival has created three all new events for students from 3 to 17 years of age. The largest expansion is the creation of the “Knoxville 24 Hour Student Competition”, a completely separate 24 Hour Festival for up to 30 student teams (for students ages 6 – 17).

The student teams will receive their “secret elements” that must be contained in their film on May 31 at Market Square (one hour before the regular competition gets underway). The Student Knoxville 24 Hour Film Festival films will screen on Saturday, June 14 at 1 p.m. at the historic Bijou Theatre on Gay Street. The screening will be a family-friendly event — open to the public — and a great way for movie fans of all ages to spend an afternoon.

Also new to the 2014 Knoxville Film & Music Festival is a “Best of Fest Film Competition”, where the top film will win $1,000 and the Best Tennessee Film will receive $500. Submissions have already come in from around the world and throughout the United States. Students receive a discounted submission fee and will have their own award category while still being eligible for the top prizes. The Best of Fest Film Competition screenings will take place at Scruffy City Hall June 11-13. These screening will range from PG to R ratings for those 18 and up.

“Young filmmakers have been getting noticed at the Knoxville 24 Hour Film Festival and go on to find meaningful employment in Knoxville,” said Festival Director Michael Samstag. “Expanding the festival to include more students will help develop the next wave of talented young professionals for the Knoxville production community. We cannot wait to see what these young filmmakers come up with this year.”

The 2014 Knoxville Film Festival runs June 6-14.  A celebration of film and music, the Knoxville Film & Music Festival (KFMF) features a 24-hour film competition, live musical performances, and World Premier screenings. The festival is conveniently located in the epicenter of the Downtown Knoxville Renaissance, on Historic Market Square, where cafes, street musicians, magicians and shops keep our festival company. The 2014 home of the KFMF is Scruffy City Hall, a 150 seat Cine-Pub featuring a gorgeous screening facility and delicious craft beers.