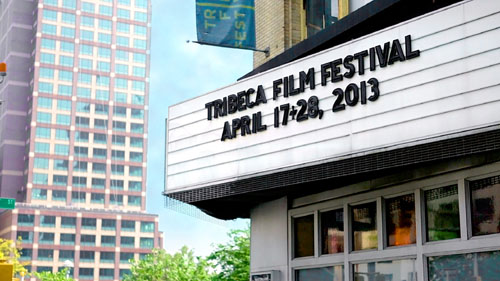 With an estimated 325,000 people participating in community based happenings such as the family street fair and the sports day and about 125,000  attending screenings, panels and related events the 2013 film festival had the largest audience since 2006.  89 features and 60 short films from 37 countries were shown. Altogether 6,121 feature and short films were submitted with 89 selected for the festival including 12 productions each for the world narrative and world documentary competition.

As in past editions of the festival documentaries played an important role in terms of quality and scope of topics. In addition to themes of the films reviewed below, the international documentary competition included productions devoted to the struggle for independence by Timor-Leste, impact of Alzheimer’s disease on a family, the violent 1985 conflict between the radical Afro American MOVE group and Philadelphia authorities, and the international market positioning of French Bordeaux wines. It is noteworthy that feature documentaries accounted for 1,400 submissions and short documentaries for 445. An increasing number of documentaries is submitted to major film festivals like Tribeca, Sundance, Toronto and the Berlinale. But only a small number are selected for the festivals’ final program. Not all succeed getting distribution after festival exposure nor score success at the box office or other platforms. Even fewer have a significant impact on policy making, the judicial process, or resource allocation in the issue areas they addressed. Documentaries may generate passionate discussions but do not necessarily succeed in convincing the audience to engage in action in support of the cause embraced. Among those of greatest appeal to me were:

MICHAEL H – PROFESSION: DIRECTOR by Yves Montmayeur. Though labeled as a puppet master of actors, a terrorist director and an individual obsessed with the morbid, Michael Haneke has an undisputed reputation of ranking among the most creative and influential contemporary film makers, on par with Lars von Trier and David Lynch. Few question the standing of films he directed such as THE PIANO TEACHER, CACHE, THE WHITE RIBBON, and the most recent AMOUR. Montmayeur provides excellent insights into Haneke as an individual and as a director interviewing him and actors he has worked with and using many illustrative excerpts from Haneke’s films. Haneke points out that there is no single truth but thousands of them, He tries to catch the contradictions of reality and to destabilize the spectator’s notion that film is equivalent to reality. Having turned down “idiotic film proposals from Hollywood” he has refused to become part of the theater of distraction and considers both the content and form of his films as a reaction to contemporary cinema where most film makers follow the commercial dictum. He considers artists to be privileged since they can work out their misery and neurosis in their art as Haneke does. Conversely the audience should not “consume violence” but experience it to emphasize with the pain of others.  In his work real beauty stands for truthfulness which for Haneke is the reduction of complex realities to the essentials and the purge of all superfluous elements. He cannot explain himself or his films but expects the audience to decipher them refusing to engage in discussion of the meaning.

BIG MEN by Rachel Boyton is certainly among the best documentary productions this year. Boyton provides cogent analyses and visual representations of foreign oil exploitation in Ghana and Nigeria. The greed to become Big Men motivates the principals, including Wall Street funders. It shows global capitalism at work with US based equity funded corporations having a decisive influence on local decision making in Ghana. They force Ghana and other developing countries to settle disputes with the threat that there would be no more direct foreign investments. After the first  accountings was completed foreign companies made a profit of $2billion and Ghana received  $444 million, though it is not clear what Ghana’s share was spent on.  In Nigeria Niger delta militants interfere successfully with oil exploration by blowing up pipelines and oil installations owned by foreign companies or stealing oil. Their plausible claim is that the environment is destroyed by foreign companies, that no benefits are passed on to the local populations, and that the Nigeria’s government   system is beset by corruptions. At the end the rebels settle with the promise of a steady income from regional agencies, a promise they do not trust. Boyton demonstrates global problems, the dependency of developing countries on foreign direct investment capital and decision making, wide spread local corruption and an apparent failure of passing through the benefits derived from the national oil resources to the population.

OXYANA; Sean Dunne received the award as the best new documentary director for this portrait of the devastation of the small town of Oceana in West Virginia through the widespread use of OxyContin, a powerful popular and addictive pain killer. The epidemic drug abuse among its residents resulted in the town to be known as Oxyana, though other communities are now suffering the similar fate of unrestrained drug abuse.  Dunne provides a spell binding portrait of the addicts and dealers, of the impact of drugs on their everyday life and the hopeless conditions they are living in. There is unemployment and widespread poverty.  As one addict relates the only way of making a living is by selling pills or engaging in prostitution to feed habits running up to $800 a day. Half of a recent high school graduating class died within two years from overdoses or other drugs related causes; thus early death and hopelessness have become part of the grim expectations the residents share. The community is decomposed and there is no trust in friends or family. OxyCon pills dominate life more so than one’s children as an addicted mother articulates. The despair and agony depicted defy description. Yet one wonders about those in town who are not addicted. Little space is devoted to the authorities, teachers, and law enforcement officials. We get only brief glances and comments as if Oxyana has been totally abandoned.

The Kill Team; Dan Krauss features in this film a group of soldiers who become willing participants in the murder of civilians in Afghanistan and the cover ups. The Kill Team is a superbly constructed documentation of the fate of one soldier, Adam Winfield, who is not attracted to this warrior’s paradise as others are. Rather he joined the marines on idealistic grounds. For other soldiers the toleration of violence has become accepted because they were trained to become killers. Adam is forced to join to the killing platoon and participates in one killing mission subsequently disguised as combat engagement.  The platoon leader Calvin Gibbs might dispose him otherwise, a credible threat. Calvin is known for collecting fingers he had cut off his victims. Adam had earlier advised his father a former military officer of the murder. But the interventions with the authorities had no consequences. To the contrary Adam Winfield is tried for murder to and pleads guilty to a lesser charge.  Others in the team  get long sentences, though one defendant makes it clear  that the kill team is not an exception and that killing [of civilians] is wide spread, as it has been in other US military engagements, collateral or otherwise. As the film conveys individual conscience is a luxury one cannot afford all the time and morality becomes an issue of priorities. Large proportion of the film are taken up by Dan Krauss recording judicial proceedings,  interviews with Adam  and his family and other members of the team. Krauss had been contracted by the defense counsel to record video material that could be used at the trial. THE KILL TEAM received the Tribeca Best Documentary Feature award.

Among two other documentaries of note were OUT OF PRINT by Vivienne Roumani and, HOW TO MAKE MONEY SELLING DRUGS by Matthew Cooke. Roumani’s production offers a careful consideration of the impact of new digital technologies on writing, publishing, and reading.  Experts report an apparent development of reading confined to the surface level and a concomitant decline of literacy and deep thinking. There is the significant problem of preserving electronically recorded print and visual imagery because the most recent digital technologies have a short life span, thus the collective digital memory is threatened. Books published in the 16th  century can still be read today  while current CD/DVDs  last only between 3-5 years and  hardware and  soft ware  becomes obsolete within a couple of years of their invention. Cooke’s controversial documentary provides through intensive interviews with former drug dealers on all levels instructions on making a living ranging from street dealing to working as a drug king pin earning millions a day. The global drug trade has reached now $400 billion and the profits made are in excess of $100 billion.  In the second part the film poses more significant issues which are frequently overlooked. Cooke makes a good case for understanding the war on drugs as a travesty. Large benefits are derived from the war by public and private agencies and havoc has been wrought upon poor minority communities, specifically Afro-American ones.   Federal funding of the war   has increased from $2.6 billion in 1986 to $23.4 billion in 2011.  The funding fueled the expansion of the correctional system required by new mandatory sentencing guidelines which resulted in a large number of convicted drug offenders serving long sentences. After 1980 drug arrests rose by 126% while other crime arrests rose by 26% only.  Conviction for drug offenses was the single biggest factor in the increase of Afro American prison inmates. In 1994 the war on drugs caused one million Americans to be arrested, by 2008 it jumped to 1.5 million. Police forces expanded; the largest federal grants were available for anti drug measures but not for other endeavors.  One of the consequences of the large scale investigation and arrest of presumed dealers and addicts was the impairment of basic civil liberties. Politicians from the democratic and republican parties embraced the war on drugs and anti crime platforms and were successful getting elected. The impact on low income mostly Afro American minority communities has been severe. Individuals from these communities tend to be over penalized for drug possession.  Being unemployed and under skilled they have frequently no access to jobs outside the drug trade. Lastly we seem to be moving towards the privatization of the correctional system, currently a $50 billion industry.

The Tribeca Film Festival certainly lived up to its reputation of presenting outstanding documentaries.