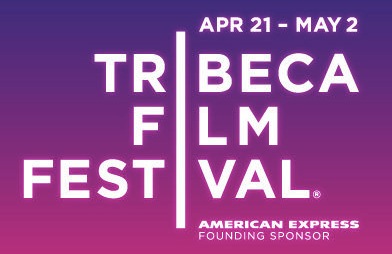 The debut of the 2011 Tribeca (Online) Film Festival offers film enthusiasts nationwide new avenues to experience a film festival. Tribeca (Online) is employing the latest digital video and web technology to deliver an immersive, interactive experience unlike any other, re-contextualizing Festival content and presentation.

The selected feature films each explore poignantly relevant social themes – from the effect of forbidden love to the strength of community, to the power of social networking. The complete list of feature films streamed on the Tribeca (Online) Film Festival is as follows:

The short films streaming on Tribeca (Online) are:

Retrospective shorts will also be available, as the Tribeca (Online) Film Festival takes a look back at award-winning and audience-approved films from the past nine years of the Festival:

All of these films will be available for free at the Tribeca Online Film Festival.

Starting today, the Tribeca Film Festival screening schedule for 2011 TFF will be live on www.tribecafilm.com; additional programs will be added upon announcement.

Tickets for 2011 Festival
Tickets for the Festival will be $16.00 for evening and weekend screenings, and $8.00 for daytime weekday and late night screenings.

Single ticket and discounted ticket package sales begin for American Express Cardmembers on Tuesday, April 12, 2011, for downtown residents on Sunday, April 17, 2011, and for the general public on Monday, April 18, 2011. Single tickets can be purchased online, by telephone, or at one of the Ticket Outlets, with locations at Tribeca Cinemas at 54 Varick Street, Chelsea Clearview Cinemas at 260 W. 23rd Street, and AMC Village VII at 66 3rd Avenue. The 2011 Festival will continue ticket discounts for evening and weekend screenings for students, seniors and select downtown Manhattan residents. Discounted tickets are available at Ticket Outlet locations only. Discounted ticket packages can only be purchased online and by phone. Additional information and further details on the Festival can be found at www.tribecafilm.com.

About the Tribeca Film Festival:
The Tribeca Film Festival helps filmmakers reach the broadest possible audience, enable the international film community and general public to experience the power of cinema, and promote New York City as a major filmmaking center. It is well known for being a diverse international film festival that supports emerging and established directors.

Founded by Robert De Niro, Jane Rosenthal and Craig Hatkoff in 2001 following the attacks on the World Trade Center, to spur the economic and cultural revitalization of the lower Manhattan district through an annual celebration of film, music and culture, the Festival brings the industry and community together around storytelling.

The Tribeca Film Festival has screened more than 1,100 films from more than 80 countries since its first edition in 2002. Since inception, it has attracted an international audience of more than 3 million attendees and has generated an estimated $600 million in economic activity for New York City.

About the 2011 Festival Sponsors:
As Founding Sponsor of the Tribeca Film Festival, American Express is committed to supporting the Festival and the art of film making, bringing business and energy to New York City and offering Cardmembers and festival-goers the opportunity to enjoy the best of storytelling through film.