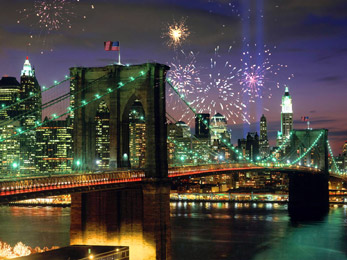 Brooklyn, the borough of New York City where I was born and raised, was, in my time at least, not considered terribly cool. It was always very family-oriented, multi-cultural and had its charms and history, but it was the kind of place you generally wanted to move away from rather than to. Well, a lot has changed in the past decade, with Manhattan becoming too expensive and droves of young people, artists, filmmakers, writers, musicians and others crossing the East River to call Brooklyn home. The borough has now become ultra cool, and one shining example of that is that this month, it hosts not one but two major film events in the span of several weeks. Forget Manhattan, Brooklyn is now where it’s at to see dynamic new indie and international films.

The first of the two festivals is the Brooklyn Film Festival (BFF) is currently underway and continues through June 12th at indieScreen, a groovy new venue in Williamsburg and the Brooklyn Heights Cinema. BFF is presenting over 100 film premieres that were selected from over 2,400 submissions coming from 111 countries. This year’s program will showcase a record number of 36 New York City-based film directors with over a dozen projects shot in Brooklyn itself. The Festival opened last Friday with the local premiere of BATTLE FOR BROOKLYN, a documentary about the controversial Atlantic Yards project that will ultimately change the landscape of lower Brooklyn.

Among the highlights are the world premieres of MY LAST DAY WITH YOU, director Stefan Schaefer’s Brooklyn love story; FIVE DAYS GONE, New York filmmaker Anna Kerrigan’s provocative drama featuring local acting talents; DAVID, the story of a young Brooklyn Muslim boy who accidentally befriends a group of Jewish kids; DAMN!, a documentary portrait of Brooklyn resident Jimmy McMillan, of the Rent is 2 Damn High party; BED STUY – DO OR DIE, the gritty story of the Bed Stuy volunteer ambulance corp; SKYDANCER, a portrait of the Mohawk iron workers who helped build the city’s skyscrapers; and MANN V. FORD, a chronicling of one of the worst ecological disasters in the nation in a toxic superfund site just 19 miles away from New York. Other anticipated titles include AARDVARK by New York filmmaker Kitao Saku in which he also stars a blind man adrift in the city; and THE ATHLETE, an Ethiopian film about Abebe Bikila, the famous Ethiopian athlete, which is making its New York debut. This past weekend, the Festival presented its 7th annual kidsfilmfest at indieScreen and the Long Island Children’s Museum.  For more information on films screening this week, visit: www.brooklynfilmfestival.com

In only its third year, the BAMcinemaFest, presented by BAMcinématek at the Brooklyn Academy of Music, has become an important film event on the New York cultural calendar and a festival with a reputation for innovative programming. The third annual BAMcinemaFest, which runs June 16 to 26, will present 19 New York premieres and a world premiere in a program that celebrates emerging voices in American independent and international cinema and highlights repertory classics.

Opening the festival on June 16 is the New York premiere of the SXSW Audience Award and Nashville Film Festival Grand Jury Prize winner WEEKEND. Written, edited, and directed by Andrew Haigh, the film follows Russell (newcomer Tom Cullen—Nashville Best Actor award winner), who after casually picking up an artist, Glen (Chris New) at a bar on a Friday night, develops a strong bond with him over the course of 48 hours. This heartrending and naturalistic romance, with its immaculate cinematography of a hazy Nottingham, England by young Polish DP Urszula Pontikos, has drawn comparisons to Richard Linklater’s BEFORE SUNRISE. Haigh made the leap to director after cutting his teeth as an assistant editor on such diverse films as Ridley Scott’s GLADIATOR and BLACK HAWK DOWN to Harmony Korine’s MISTER LONELY. Following its New York premiere, WEEKEND will open theatrically as a Sundance Selects release.

Closing the Festival 11 days later will be TOURNEE (On Tour), the directorial debut of French actor Mathieu Almaric (THE DIVING BELL AND THE BUTTERFLY), which won him both the Best Director and the FIPRESCI Critics prizes at last year’s Cannes Film Festival. The film, also a New York premiere, is the riotous story of an exiled impresario (Amalric himself) who returns to his native France with a troupe of American dancers—Mimi Le Meaux, Kitten on the Keys, Dirty Martini, and others—to unveil “the new burlesque” to an unsuspecting French public, all set to a raucous soundtrack featuring Screamin’ Jay Hawkins and The Sonics. Following its screening, there will be a live burlesque show featuring the cast and a party with actor-director Amalric in person.

Other highlights of the program include the return of Charlie Ahearn, one of the seminal indie filmmakers of the 1980s whose documentary WILD STYLE captures a potent moment of New York street life. The veteran director will unveil the world premiere of JAMEL SHABAZZ STREET PHOTOGRAPHER, the definitive portrait of the titular Brooklyn native who made a career of documenting New York urban street culture. From graffiti artists to rappers, homeless to hipsters, Shabazz’s photographs provide a time capsule of a changing New York,. The film includes interviews with Shabazz himself, graffiti pioneer and hip-hop historian Fred “Fab 5 Freddy” Brathwaite, legendary rapper KRS-One and others. Following the screening, Shabazz himself will be on hand to sign copies of his new book of photography, BACK IN THE DAYS: REMIX published by powerHouse Books. A musical treat is on store on Thursday, June 23, when music and art legend Genesis P-Orridge (Throbbing Gristle, Psychic TV), who is also the subject of the documentary THE BALLAD OF GENESIS AND LADY  JAYE, will perform live with Thee Majesty, P-Orridge’s spoken-word performance project, following the screening of the Berlin Teddy Award winning documentary by Marie Losier.

Other highlights include the New York premieres of THE CATECHISM CATACLYSM by Todd Rohal, a satirical buddy comedy, that will be shown at an outdoor screening co-presented by Rooftop Films;  JESS + MOSS, the debut feature by child actor-turned-cinematographer and director Clay Jeter which features a series of expressionistic vignettes about the sexual awakening between second cousins; and newcomer Alex Ross Perry’s THE COLOR WHEEL, a dryly funny comedy which follows the transformative road trip of a brother, played by the director himself, and sister, stand-up comedian Carlen Altman.  The Festival is also showcasing a particularly strong roster of films from local directors including such titles as ANOTHER EARTH, GREEN, ON THE ICE and SEPTIEN, as well as the newest films of previous participating filmmakers, including the Safdie Brothers, Azazel Jacobs and Christopher Munch.