The word diva is often used these days to denote bad behavior and outsized arrogance but in its original incarnation, it was coined to described someone whose artistic gifts were, in fact, divine….a gift from God. So, it is with this original interpretation that I acknowledge the presence at the Montreal World Film Festival of a true cinematic diva, the Italian actress Stefania Sandrelli. 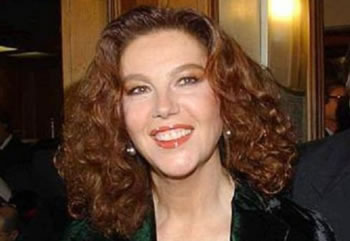 Sandrelli has been part of the cinema firmament for over 60 years. As with her contemporaries Sophia Loren and Gina Lollobrigida, she was a former beauty queen who made the move into cinema at a young age. She was hardly 17, when she was cast opposite the great Italian actor Ugo Tognazzi in IL FEDERALE (1961), directed by Luicano Salce. However, it was her follow up role, also in 1961, as the teenaged seductress who drives Marcello Mastroianni to murder in Pietro Germi’s DIVORCE ITALIAN STYLE that brought her to the attention of critics and moviegoers. She has held a fascination for the public ever since.

She solidified her reputation as an actress in 1964 with her role in SEDUCED AND ABANDONED (1964), directed by Pietro Germi. The film, a mega-success in its native Italy, was a withering look at the hypocritical traditions of “honor and family” in Sicilian society. She was to star in another Germi vehicle ten years later opposite Dustin Hoffman in the director’s final final, ALFREDO, ALFREDO (1972).

For cinema buffs, Sandrelli’s most enduring image was the lesbian-tinged tango that she danced with co-star Dominique Sanda in director Bernardo Bertolucci’s instant classic THE CONFORMIST (1972), a film that established both its director and its lead actress as international phenomena. She was to work with Bertolucci twice more, in the multi-generation drama NINETEEN HUNDRED (1976) and in the film STEALING BEAUTY (1996).

She has worked with all the great Italian directors, including Ettore Scola, who cast her as the object of desire in WE ALL LOVED EACH OTHER SO MUCH(1974), where she juggled the attentions of such male icons as Vittoria Gassman, Nino Manfredi and Sata Flores. She did some of her best work with directors Luigi Comencini (THE FAMILY, 1984) and Tinto Brass (THE KEY, 1983), solidifying her reputation as one of Italian cinema’s great sex goddesses. Age has not dimmed her beauty and cinematic allure. She has remained an active presence in the Italian film industry, albeit taking supporting roles of substance in such films as THE DINNER, WAITING FOR THE MESSIAH, A TALKING PICTURE, A PERFECT DAY and THE FIRST BEAUTIFUL THING. In 2005, she received the Golden Lion at the Venice Film Festival for her career achievement over four decades of Italian, French, Spanish and international cinema.

However, Sandrelli is not yet resting on her laurels. This past year, she made her first foray behind the camera, directing the film CHRISTINE, CRISTINA, which stars her equally beautiful daughter Amanda Sandrelli. The film is the portrait of Cristina da Pizzano, a pioneering Italian poet who lived in France during the period of transition between the darkness of the Middle Ages and the dawn of the Enlightenment. The film screens today at the Montreal World Film Festival, with its director (and legendary beauty) also in Montreal to receive the Festival’s Career Achievement Award. A vital presence, a luminous beauty, an actress/director with a career of worthy films…..Stefania Sandrelli, a true icon of Italian cinema, is in Montreal radiating her still considerable charm.