It is known as the playground of the rich and famous. In fact, it is the preferred summer holiday destination for U.S. Presidents (including Barack Obamaand his family just two weeks ago). It is the tony enclave of Martha’s Vineyard, an island off Cap Cod, Massachussets, that is hosting its 5th annual film festival this weekend.

The Festival is showcasing some of the strongest films from the festival circuit, bringing top flight independent and international films to both locals and “off island” visitors. With its high calibre film presentations, its picturesque parties and a killer scenic paradise, the Festival is fast becoming a go-to regional event known for its taste and easygoing atmosphere.

The Festival, which runs from September 9 to 12, has been dubbed one of the Top 25 film festivals in the United States by MovieMaker magazine and has also won kudos from the International Film Festival Summit for its founder Richard Paradise, which recently named him the Best Regional Festival Director. 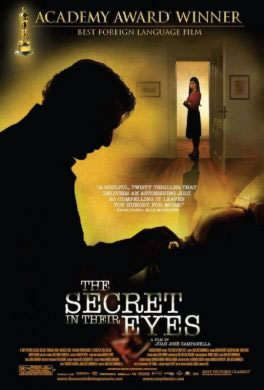 Award-winning films from around the world are the main focus of the event. The Festival is hosting the first island screenings of the 2010 Oscar winner EL SECRETO DE SUS OJOS (“SECRET IN THEIR EYES”) by Argentine director Juan Jose Campanella; DET RODE KAPEL (“THE RED CHAPEL”), a madcap documentary about two Danish comics who visit North Korea, by director Mads Brügger; and DAS WEISSE BAND (“THE WHITE RIBBON”) by Michael Haneke, which was an Oscar nominee last year and also won the prestigious Palme d’Or at the 2009 Cannes Film Festival.

The Festival features several strong films from Asia that will be getting their regional bows this weekend. BEETLE QUEEN CONQUERS TOKYO is a Japanese documentary on Japan’s fascination with insects, which was nominated for an Independent Spirit Award. BEIJING TAXI is a multi-part story by Chinese director Miao Wang about the lives of three taxi drivers in the lead-up to the 2008 Olympics; and MADEO (“MOTHER”) is an intense mother-daughter crime thriller which has won multiple film awards for its lead actress.

With these films and some choice American indie titles, the Martha’s Vineyard International is packing in many hours in the dark for avid film fans for the next four days. Each evening, a different area restaurant or club is hosting a party that will allow filmmakers to network with local celebs and regular folk. For more information on the excitement, visit: www.mvfilmfest.com.