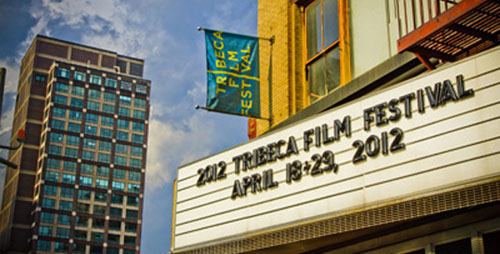 The lion that is the Tribeca Film Festival is bursting out of its cage, as New York’s eminent cultural event takes center stage from April 18 to 28 at various locations around the city. With many of the films making their world or international premieres at the event, the interest around the programming is extremely high, with all manners of sellers and buyers attending to shop for possible films that will offer nifty returns. But make no mistake…..this is primarily an event for the public, not the industry, with many features that can only be dubbed populist. From sports films to children’s stories to a savvy mix of Hollywood titles and a mass of indie and international titles, the Tribeca Film Festival is an event that truly speaks to all strata of film lovers. 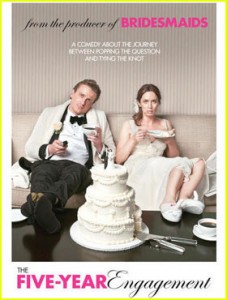 The populist tone is being struck early with the world premiere screening of THE FIVE YEAR ENGAGEMENT to open the Festival on April 18. The Universal Pictures release is a labor of love for director/writer/producer Nicholas Stoller and writer/star Jason Segel. The irreverent comedy also stars Emily Blunt, Rhys Ifans, Chris Pratt and Alison Brie. Beginning where most romantic comedies end, the film looks at what happens when an engaged couple keeps getting tripped up on the long walk down the aisle. The film, produced by Judd Apatow, opens in theaters nationwide on April 27. “Jason and I couldn’t have imagined that one day we would write a comedy that would open such a prestigious film festival as Tribeca,” Stoller commented. “We are so honored that the festival organizers have given us this platform to premiere the film. To be honest, this is all just a ploy to stand on top of a building with Robert De Niro and look out over New York City at dusk.”

The 2012 Festival slate includes feature films from 32 different countries, including 53 World Premieres, 5 International Premieres, 16 North American Premieres, 10 U.S. Premieres and six New York Premieres. A total of 107 directors will be presenting feature works at the Festival, with 33 of these filmmakers presenting their feature directorial debuts. Among these directors, 25 are women. Twenty-six feature film directors are returning TFF filmmakers. The 2012 film slate was chosen from a total of 5950 submissions, a record number for the Festival. 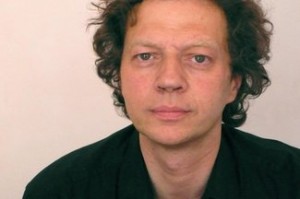 There is a strong focus on international cinema, which is in keeping with expectations when Tribeca announced the hiring last year of Frédéric Boyer as Artistic Director, a Frenchman new to New York who ran the prestigious Cannes Directors Fortnight for almost a decade. His international taste is definitely a hallmark of this year’s event.  “To me the films this year reflect the diversity and vitality of contemporary cinema. Diversity in the themes addressed through powerful storytelling, but also in filmmaking itself where the images, the sounds and the way of capturing the truth in human beings is striking.” Boyer commented. “Vitality because this year we are presenting nine first time feature filmmakers in competition, and I believe we will keep a close eye on these directors’ works in the future. The quality of American independent cinema is well represented this year, but international diversity has its share too, with films from countries as varied as Cuba and Kenya. All different films, but all consistent in their shared ambition of representing their own world.” For more information on the diverse program that is the Tribeca Film Festival, visit: www.tribecafilm.com/festival