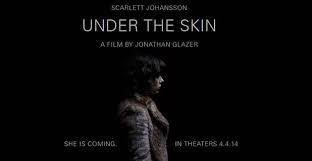 It is relatively easy to seduce any man. Men subconsciously understand this and also understand that they are vulnerable against females in this way. They are afraid of being seduced and manipulated.

The fear of a woman’s sexual power over a man begins in Genesis. Eve is a lesser being than Adam, made from a part of him and not of the earth. Therefore Eve is easily tricked by the serpent into eating the fruit from the Tree of Knowledge of Good and Evil. Eve then manipulates and tricks Adam into also eating of the tree. When caught and questioned, Eve quickly blames the snake. Eve, the original woman, represents cunning and dangerous sexual powers. 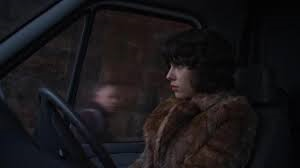 UNDER THE SKIN has at its subconscious core, the concept of woman as widely disseminated – back in the day when philosophers were influential – by Aristotle. The penis and its semen is the source of all souls and spirit, and that women, being “mutilated” and without a penis is soulless. Aristotle believed that women are unable to create souls because they themselves are “impure” and incapable of concocting the nutriment in its last stage into semen. If she does have a soul, it is an “impure” one, and thus needs a man’s “purity” in the form of semen.

In my interpretation of the film, the woman (Scarlett Johansson) – we know from the beginning of the film that she is not from this earth – is using men’s sexual energy to re-generate herself. Aristotle would say she was feeding on men’s souls. 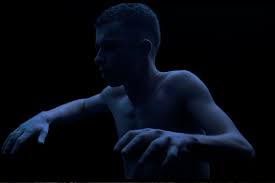 The woman is cruising Scotland in a cumbersome van trolling for men. On a dedicated, focused mission, she is scanning the hundreds of men that pass in front of her van. She’s looking for a certain type of man and when she finds him she begins a series of charming, innocent questions. If he lives alone, has no family and no girlfriend, she offers him a ride to wherever he is going. Inside her van, she begins a subtle seduction. The men are powerless. This is their fantasy made real. 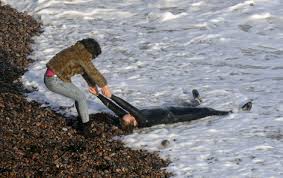 Once inside her ruined hovel of a mansion, the woman tells each man to follow her as she undresses. Once the man has reached sexual excitement, their surreal, entranced journey begins. It is fantastic. It is a brilliant concept conceived by director Jonathan Glazer and cinematographer Daniel Landin.

The music by Mica Levi and the harsh Scotland landscape make this film artistically perfect. The casting by Kathleen Crawford needs to be mentioned. It is remarkable – as you will see. The art direction by Martin McNee and Emer O’Sullivan and production design by Chris Oddy are terrific.

What do we know about this woman? She has a keen knowledge of human men and how to charm them. She has absolutely no emotional relationship to anyone. She has a minder who cleans up after her. The woman has been doing this a long time and knows that hitchhikers and men living “rough” are her best candidates. In one ruthless scene, the woman shows no signs of humanity, only the ruthless need to survive. 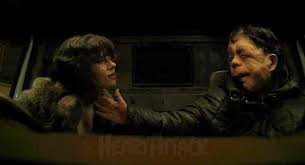 When the woman offers a ride to the supermarket by a horribly deformed man, she has found her night’s perfect victim. He has never touched a woman. She says he has nice hands and appears not to even notice his grossly disfigured face.

Back at her shack, she begins undressing and so does the man, mesmerized by her. But he is let go. Was his sexual energy not strong enough? Was his “soul” rejected because it was wounded?

Every scene is powerful and we too are seduced by the woman. Whatever the suffering these men undergo, there also seems to be moments of perfect clarity.

The woman appears to need to be replenished from time to time. She wears out the body she is in and needs another “set of outer appearance”. Wandering around she meets a man who takes her home. Within days he wants to have sex with her. This is something she knows nothing about. She runs into the woods where she meets a stranger.

Johansson is sensational and with UNDER THE SKIN has chosen not to be type-cast with mega-franchises. Much has been written about Johansson’s decision to go “the indie route”, take this role and the carefully shot nudity. She has not made a career misstep.

UNDER THE SKIN is electrifying.

UNDER THE SKIN ranks as a top science fiction film. And, as I said, plays on the Paleolithic origin of men’s fear of women.