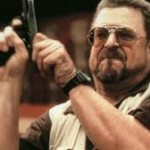 The funniest moments are when Alan (Zach Galifianakis) asks Phil (Bradley Cooper) nonsense questions and Phil looks at him and doesn’t answer.

THE HANGOVER PART lll is not a comedy. It’s been made for either (a) fulfilling talent’s contracts, or (b) the big salaries. No one did it for the joy of making a great comedy.

In 2009 the HANGOVER team made the highest-grossing R-rated comedy ever…so far. Why try and top that? Better yet, make a lousy, unfunny, not even 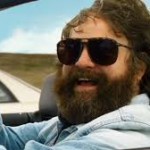 mean-spirited movie to finish off the trilogy and pay-off the actor’s re-negotiated back-end. Save the funny script for the next movie with a group of actors and actresses that can be brought – as Cooper, Galifianakis, Helms originally were – for a pittance.

Bradley Cooper, thanks to David O. Russell, is now a first-class actor. Cooper certainly does not need THE HANGOVER PART lll to stay working.

In PART lll, our trio does not do anything to initiate bad behavior. They are bystanders. No, even better, they are Good Samaritans. Alan has been off his meds – anti-psychotics? – so Phil (Bradley Cooper), Stu (Ed Helms) and Doug (Justin Bartha) volunteer to take him to Arizona to a really lavish treatment facility. On the way, they are kidnapped by goons sent by crime boss Marshall (John Goodman). 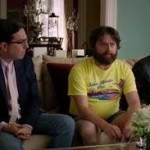 Mr. Chow (Ken Jeong) stole $21 million of gold bricks from Marshall. Chow has escaped from a Chinese prison and is on the loose. Marshall thinks that the Wolf Pack can find Chow so he holds Doug hostage as the Wolf Pack goes on the hunt. As with PART l and ll, poor Doug is left in the woodshed.

Making Chow the prominent focus of PART lll is a big mistake. His arch voice becomes highly irritating and he has lost whatever good will the audience had for him. In Chow’s case, it is true: “Less is More”. 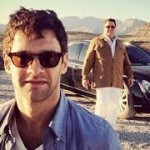 nd Helms walk through their parts – actually, they just stand around not at all invested in their characters, the situations, or the movie. Their faces say: “How much longer do I have to be here?”

For all the reasons the MPAA rightfully gave THE HANGOVER an “R” rating (…adult themes, adult activity, hard language, intense or persistent violence, sexually-oriented nudity, drug abuse or other elements…), PART lll gets an “R” for using the “F word” too many times.

This is about how raunchy PART lll gets. 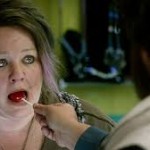 e scene and run with it; Heather Graham, returning as Stu’s former loopy prostitute-with-a kid but now satisfied, happy middle-class pregnant housewife Jade, does not do anything with her cameo appearance.

What a disappointment. What a let-down.