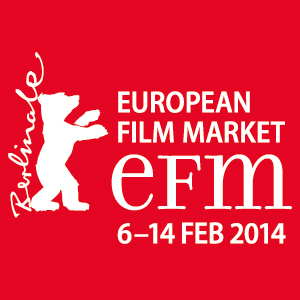 Beki Probst is the Director of the European Film, Market

Claus Mueller: You noted several years ago that too many films are produced. At the changing market panel I mentioned the overproduction issue because some panelists seem to encourage more production though there is hardly a market for all these films. What do you think accounts for this problem?

Beki Probst: One reason they are producing so much is that there has been a reduction in the cost of making a film. Frankly speaking, though I never produced a film, I look at it [the film industry] as a very big machine with many people involved running it. This machine cannot stop and in order that it goes on it requires more and more productions. Here [in Germany] you have to also note that everybody manages to get subsidies [for film making].

CM: This amounts to about 340 million euros just in Germany.

BP: Exactly. You see this makes the machine even more active. Someone suggested when discussing this issue of over production that for one year subsidies should not be granted to find out what would happen. Actually, it would be very interesting to have data about how many films are made because of the subsidies.

CM: You do not have this subsidy system in the United States… there is not a half billion dollar made available to film makers.

BP: When you make a film like Nebraska you may get some money.

CM: Probably a modicum of support. But in the United States a large number of people are trained as film makers. Of the more than 2300 public and private colleges and universities in the United States many if not most consider that a film/video production department is necessary. A large number of students graduates and as you noted productions are less costly, therefor many films are produced. At Sundance there have been 12,218 submissions this year (4.057 features and 8,161 shorts) with 119 features and 66 shorts selected for the final program. About 10% of the features will be picked up for distribution and about half may go into release breaking even. Fewer might even make a profit. You have a production surplus there prompted by the great number of filmmakers and not by subsidies.

BK: I am thinking now further. We all go to new [distribution] platforms, Internet streaming, VOD etc. As Christina Roger from Magnolia Picture on the EFM Changing Market panel explained, those films might find a little niche.

CM: Yes Beki. But as Christina pointed out to me afterwards Magnolia does not accept submissions from filmmakers. They make their selections at established film festivals only and are exposed to a very small number of the films which are actually produced each year.

BP: They cherry pick. Also you must take into account the collapse of the DVD market. We have to face a great number of films that stay in the drawers so to speak because there is no outlet for them. So may be there should be a kind of a quota specifying the number of films which should be produced for a given territory. I do not know, it might not be realistic. But from another perspective because I am also an exhibitor, note that every Monday morning I have a great number of calls [from film makers / distributors]) requesting that their films are placed into my cinemas. And every Monday morning I have the same kind of speech, I cannot play all these films, I do not have enough screens for these films. More importantly, a film for me is like a plant, let it grow. Let me give you an example, Nebraska was not a big success when it stated, may be it is the title, may be because it is black and white. But it is a work of art and the film slowly built up its audience.

CM: This is probably an exception to the rule. In that context, each year the European Film Market is expanding in terms of productions and participating media professionals and companies. You have this year more than 800 productions in the market. If this continues do you have to adopt selection criteria?

BP: We already have some criteria. Films which have been shown at the American Film Market or at the Cannes market should not be in EFM. But it is a free market thus we cannot impose restrictions.

CM: To follow up, each year similar criticisms are voiced of the market. A prominent critique seems to be that participation in the market is too expensive. Nonetheless each year you run out of space and are fully booked. What accounts for the attraction of the European Film Market?

BP: First the European Film Market is part of a big film festival. People do not come just for the market. They come for the festival, for checking the competition, for attending the numerous side bars; you have a lot going on. Secondly it is the first market event of the year. People are fresh and full of hope for a new start. Third if you come here and you have a film which is not ready you can explore options and lastly you come here for networking. You are looking for people to finance your film, for a good sales agent or for a producer. You have all that in one week’s time, no need to run around the world, you have it all under one roof here, all the important meeting for your future.

CM: When we talk about growth of the market have pre-sales become more important?

BP: Pre-sales are an important part of the market. You have to submit your film for EFM by January. But there are a lot of films which are not finished by that time [and could be pre-sold].

CM: Do you observe that there are more pre-sales now compared to several years ago?

BP: I have to admit that we do not have statistics. But we know that there are a lot of pre-sales. Also when I think of all those companies that book the cinemas for promo reals which are shown for pre-sales.

CM: At the Cannes Marche du Film there is a Cinando, a large data base of films for sale which can be accessed by subscribers to view the films. I understand that Cannes tries to get all films from major film festivals into its data base. Can this impact your market?

BP: We also have a digital data base. But those films Cannes tries to get have passed through the festival circuit, they do not reflect new material.

CM: Thus your advantage is focusing on new material such as the more than 500 films premiering this year at the European Film Market. Anything that surprised you about the 2014 EFM market?

BP: First the weather really surprised me. Then, on one hand people are saying that The financial crisis is not over yet and we are still in it; that prices for films are too high, sellers saying that the buyers are too cautious. You hear all that and you ask yourself why are all these people here and what are they doing?

CM It might also be tied to the fact that each year people consume more media and are thus enlarging the market, the more is being consumed the more will be produced. Now having all these new platforms with people able to see anything they want to see at any place and any point in time, be it through binge viewing or short time consumption. Have these developments any impact on the market? Do you observe more companies trying to sell long form television programs?

BP: Well we always had television programs in the market but we are now getting more and more. We are trying to adapt to this change.

CM: Thus there are more long form television programs in the market. But does this development entail that you become a film and television market?

BP: We are not a television market, though there is this tendency. We are here to organize, to match the needs of people. Each year our aim is to adjust our infrastructure. Growing is good but you have to grow your [market] infrastructure.

CM: At one point you mentioned that your aim is to create the ideal market Framework for business transactions. What is the most important part of that framework?

BP: The most important factor is that everything is easy going.

CM: Thus smooth operation. What makes for the smoothness, the staff, your personality?

BP: People are coming her, and you observe it over the years that they come here to do their own work. They know the screenings and meetings they want to attend. And if as an organization you cannot support that…

CM: you will have chaos.

CM: What is the biggest challenge you face organizing and managing the European Film Market?

BP: The biggest challenge I face is like going each year to the casino. You go to the casino and you do not know how you come out of it.

CM: Every year is a test. To stay with the casino metaphor, how do you measure the success of the market?

BP: Every market has a different aspect to it. You cannot repeat each year the same.The people attending, the business that is done, the films in the market, all that influence the atmosphere.

CM: Yet how do you tell yourself, this was a great market year?

BP: You know you have years like good and bad wine years.

CM: Thus as in the casino you do not know ahead of time and can say only afterwards this was a good market pardon wine year. Thank you for your time.