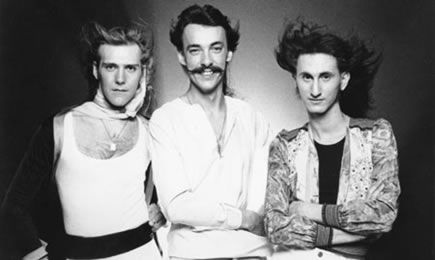 Throughout the Festival, which kicked off on April 21, audiences have been able to vote for The Heineken Audience Award by completing nomination ballots upon exiting screenings of TFF films.  Final results were tabulated and announced during this evening’s Festival wrap party.

“RUSH: Beyond the Lighted Stage” – a mesmerizing music documentary of the legendary Canadian band Rush – made its world premiere at this year’s Festival, capturing the hearts of fans and newcomers.  In the film, directors McFadyen and Dunn embark on a comprehensive exploration of this extraordinary power trio, from their early days in Toronto through each of their landmark albums to the present day.  Audiences were able to sit back and revel in the words, music and wonder of Geddy Lee, Alex Lifeson and Neil Peart.

“The best documentary films are just great stories with characters who jump off the screen, and that is certainly the case with ‘RUSH: Beyond the Lighted Stage,’” said Nancy Schafer, Executive Director of the Tribeca Film Festival. “Scot and Sam have told a great story with their film, which is insightful and entertaining to audiences whether or not they are part of the band’s formidable fan base. An intimate but energetic portrayal of one of the most prolific rock bands, ‘RUSH: Beyond the Lighted Stage’ highlights the juxtaposition of music and film as an art form and we hope that Rush fans and audiences around the world embrace the film the way Tribeca audiences have.”

“Receiving the Heineken Audience Award at Tribeca means a lot to us as RUSH has always been a band of the people,” said directors McFadyen and Dunn. “It was great to see RUSH fans and non-fans enjoy the movie together.”

“What wonderful recognition for the hard and diligent work Sam and Scot did to bring this film to the public.  We are so thrilled that they have received such a prestigious honor from the Tribeca Film Festival,” said Geddy Lee, Alex Lifeson and Neil Peart of RUSH.

“RUSH: Beyond the Lighted Stage” will screen tomorrow (Sunday, May 2) at 12 noon and 9:00 pm at Village East Cinemas, as will the rest of the films that won awards at the 2010 Tribeca Film Festival. Specific times for the other films are available on the Festival website, www.tribecafilm.com. All other 2010 TFF award winners were announced previously at an awards show on Thursday, April 29, 2010.  A full list of winners can be found at www.tribecafilm.com.

About the Tribeca Film Festival

Robert De Niro, Jane Rosenthal and Craig Hatkoff founded the Tribeca Film Festival in 2001 following the attacks on the World Trade Center to spur the economic and cultural revitalization of the lower Manhattan district through an annual celebration of film, music and culture.

The Festival’s mission is to help filmmakers reach the broadest possible audience, enable the international film community and general public to experience the power of cinema and promote New York City as a major filmmaking center. Tribeca Film Festival is well known for being a diverse international film festival that supports emerging and established directors.

The Tribeca Festival has screened over 1100 films from over 80 countries since its first festival in 2002. Since its founding, it has attracted an international audience of more than 2.3 million attendees and has generated an estimated $600 million in economic activity for New York City.

As Founding Sponsor of the Tribeca Film Festival, American Express is committed to supporting the Festival and the art of film making, bringing business and energy to New York City and offering Cardmembers and festival-goers the opportunity to enjoy the best of storytelling through film.